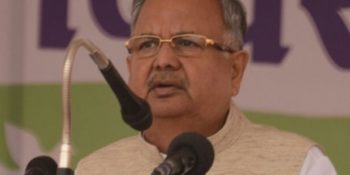 Raipur: Former Chhattisgarh Chief Minister Raman Singh’s son-in-law, Puneet Gupta, has been charged with misusing his post and committing financial fraud of Rs 50 crore during his tenure as the superintendent of a state government hospital in Raipur.

The police said they have been investigating the case but Gupta has not been arrested yet.

According to the police, superintendent of DK Super-Specialty Hospital K.K. Sahare had filed a complaint at the Golebazar police station alleging irregularities to the tune of Rs 50 crore during Gupta’s tenure. Acting on the complaint, police filed a case under Section 420 against Gupta.

Senior Superintendent of Police Devendra Charan Patel told IANS on Saturday that Sahare has mentioned in his complaint that large-scale irregularities took place when Gupta was the superintendent of the hospital from December 2015 to October 2018.

He alleged that Gupta misused his influence and bypassed rules to appoint doctors and other staff, and also misused government funds to buy such machines that had nothing to do with treatment of patients.

Gupta was charged under sections 420 (cheating), 467 (forgery of valuable security), 468 (forgery for purpose of cheating) and 120B (criminal conspiracy) of the Indian Penal Code, Patel said, adding that further investigation was on.

There was BJP’s government in Chattisgarh from 2003 to 2018 with Raman Singh as the Chief Minister. After the BJP lost in the state assembly to the Congress in 2018, Gupta, Raman Singh’s son-in-law, was transferred from his post in the DKS Hospital. 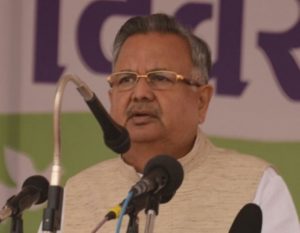