New Delhi: In his first visit outside the national capital as Defence Minister, Rajnath Singh will on Monday interact with soldiers at the Siachen base camp and review the security situation along the borders with Pakistan.

“Raksha Mantri Shri @rajnathsingh will visit the Ladakh region in Jammu and Kashmir tomorrow. During his visit he will interact with jawans at a forward post and pay his tributes to fallen soldiers at Siachen War Memorial. He will also interact with the jawans at the Siachen base camp,” the Defence Minister’s Office tweeted.

According to sources, Singh will be accompanied by army chief General Bipin Rawat and senior Defence Ministry officials. Singh will be apprised of the operations being conducted by the army in the Ladakh region and the Siachen glacier area.

Siachen is a glacier in the eastern Karakoram range in the Himalayas where the Line of Control (LoC) between India and Pakistan ends. The army has deployed a brigade in the area where some posts are located at an altitude of 6,400 metres.

The army has been controlling the Siachen glacier since April 13, 1984 when Operation Meghdoot — the code name for a military action — was launched to capture the peaks by defeating the Pakistan Army.

The Defence Minister is also expected to visit the nearby areas of the Siachen glacier.

After taking charge on Saturday, Singh had asked Defence Ministry officials to prepare detailed presentations on all the divisions and set time-bound targets to achieve desired outcomes. 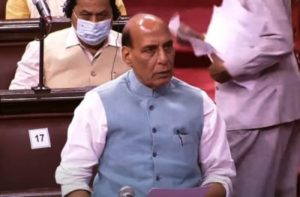 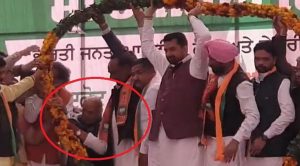