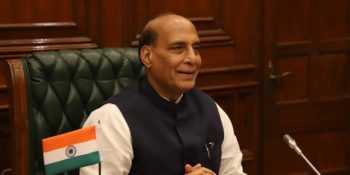 New Delhi : Home Minister Rajnath Singh on Monday cancelled his meeting with Chief Ministers of Northeastern states to discuss the controversial Citizenship (Amendment) Bill which is likely to be tabled in the Rajya Sabha on Tuesday.

Rajnath Singh was supposed to meet the Chief Ministers at 4.30 p.m. at his North Block office.

The sudden cancellation of the meeting assumes significance in the wake of the ongoing widespread protests against the Bill in the northeastern states.

Various civil society groups and political parties are opposing the Bill saying it will have a detrimental effect on the ethnic communities if it becomes a law.

Prime Minister Narendra Modi had promised to the people of the northeastern states that the Bill will in no way cause harm to their interests.

Normal life was derailed in Nagaland and Manipur on Monday as civil society groups sponsored a shutdown in protest against the Bill which seeks to give Indian citizenship to six minority groups from Pakistan, Afghanistan and Bangladesh.

“The Samajwadi Party has assured us that his party will vote against the Bill if tabled in the Rajya Sabha,” NESO Chairman Samuel Jyrwa said.

Meghalaya Chief Minister Conrad Sangma, who reached New Delhi on Sunday, has made it clear that his National People’s Party (NPP) will snap ties with the Bharatiya Janata Party-led National Democratic Alliance if the Bill is passed in the Rajya Sabha.

The Bill was passed by the Lok Sabha on January 8.

On January 7, the Asom Gana Parishad (AGP) snapped its ties with the BJP and pulled out of Sarbananda Sonowal-led Assam government over the Bill. 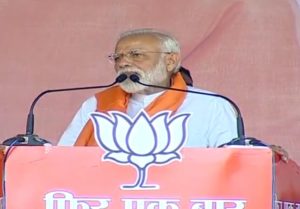