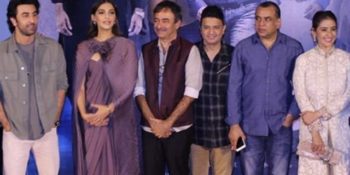 Mumbai : Filmmaker Rajkumar Hirani who is gearing up for the release of his forthcoming film ‘Sanju’ revealed the actual reason behind superstar Aamir Khan not playing the character of Sunil Dutt in the film.

Aamir Khan recently revealed that he was offered the role of Sunil Dutt in the biopic, but he was more keen to play the lead role, which was already with Ranbir Kapoor.

Hirani was asked what his reaction was when Aamir Khan said no, the filmmaker said: “Aamir is a friend. Whenever I write a script, I just go to him and narrate it to get a reaction from him. So I narrated this script also.

“Not with the intention of asking him to play any role. He reacted interestingly to the script and liked it. Then just out of greed, I asked Aamir if he would play Dutt saab’s role? He took it seriously and gave it a thought. He said let’s meet after a while.

“So I met him the next week again, then he showed me Dangal and said” ‘look I’m already playing an older man’s role. And if after Dangal, my next film has me play an older man again, then people will stop giving me a young man’s role!’ That was a valid argument. Finally, we had Pareshji (Rawal) playing Dutt saab.”

Generally, Rajkumar Hirani’s films are funny in its nature but Sanjay Dutt led very serious life so when asked, whether ‘Sanju’ will have element of humour in it, he said:

“Each film’s DNA is different. In films, there are element of drama, emotion and laughter. Abhijat (Joshi) and I, we always try to have LCD (Laugh, Cry and Drama) in our films but percentage of those elements can be less or more so, in this film, we have tried to present more drama and emotion.

“It is not that we haven’t added element of laughter in it. There is definitely fun in the film but that percentage can be more and less.

“I will never say my films like ‘PK’ and ‘Lage Raho Munnbhai’ were a comedy film because that film had strong message to tell. In that film, also there was humour but there was lot of drama and other emotions as well so, in this film there is lot of emotion but audience will not get feeling that it is less in humour”.

The movie also features Anushka Sharma, and Hirani revealed that she is actually enacting him and co-writer Abhijat Joshi.

“Anushka is playing the role of me and Abhijat. She is playing a biographer from London who comes here and Sanju wants her to write a book on him but she’s reluctant. When he was narrating his story to us, even we were wondering if we should do it or not.

“Sometimes we used to sit with policemen, lawyers, family. We were in two minds whether to do it or not. So she is actually playing us, but not a filmmaker, a biographer,” Hirani said.

‘Sanju’ is biographical film based on the life of actor Sanjay Dutt, directed and written by Rajkumar Hirani and produced by Vidhu Vinod Chopra. The film is set to be released on June 29. 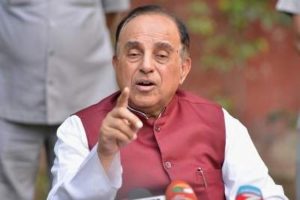 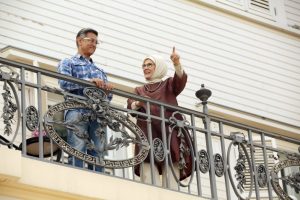 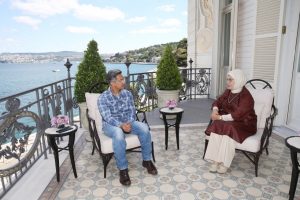