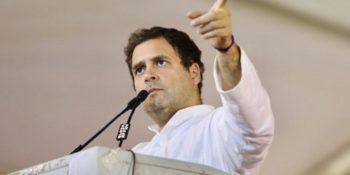 New Delhi :  Congress President Rahul Gandhi on Thursday took a dig at Madhya Pradesh Chief Minister Shivraj Singh Chouhan using a famous Bollywood number as he also targeted “babas” who called off their “Narmada Ghotala Rath Yatra” after the state government granted Minister of State status to five of them.

Using wit and sarcasm, Gandhi took potshots at the manner of working of the Bharatiya Janata Party (BJP) government in the state by using a popular song from the movie “Qayamat Se Qayamat Tak”

“Baba Kehte the, bada kaam karunga, Narmada ghotala nakaam karunga; Magar yeh toh, Mama hi jaane, ab inki manjil he kaha; Madhya Pradesh, Qayamat Se Qayamat Tak (Baba used to say he would do great work, would foil the Narmada scam; But it is known only to Mama where is their destination now; Madhya Pradesh is lunging from extreme to extreme),” Gandhi tweeted.

He also attached a Navbharat Times news report that talked of the saints changing their course on their protest after being given Minister of State status.

Chouhan is referred to as “Mama” in the state.

Bhaiyyu Maharaj on Wednesday said he would not accept the Minister of State status.

Madhya Pradesh will go to polls later this year. 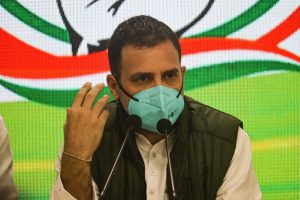 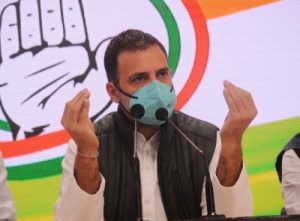