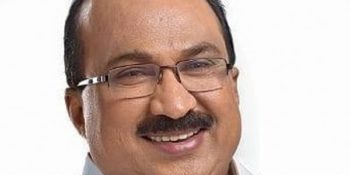 New Delhi :  The Congress on Tuesday said in the Lok Sabha that the government had brought the bill for 10 per cent quota to upper castes “in haste” after its loss in three Hindi heartland states and demanded it should be sent to a joint parliamentary committee for scrutiny.

Participating in the debate in the Lok Sabha on the Constitution (124th Amendment) Bill, 2019, senior member K.V. Thomas said the bill had been brought on the last day of the Winter session of parliament with only about three months left for the Lok Sabha elections.

“This is an important legislation, it has been made in haste. It should not be made a tamasha (scene),” he said adding this was the last discussion of a full session before the general elections.

“We are not against it (the bill). We support the concept. But the way you are doing it, (your) sincerity (is) questioned. Send it to JPC (joint parliamentary committee) why are you in hurry,” he said, adding that the bill can be discussed in February when the parliament will meet to approve the vote on account.

He said the bill has been brought without proper homework and the opposition members were not even given time to go through the entire provisions of the bill. “You are butchering Indian democracy,” he said.

He urged Speaker Sumitra Mahajan not to allow the government to rush the bill.

“Madam, you are the custodian of the House. You should not allow it,” he said and accused the government of having little respect for parliament.

He said families with a monthly salary of Rs 63,000 will be eligible for reservation benefits and it was “not a small amount”.

The former union minister said other eligibility conditions, including of size of a flat, were liberal and some MPs may also fall in that criterion.

He said the UPA government had made strict eligibility conditions for its welfare measures including the food security Act.

“People who are affluent have been brought in. The purpose of the government is the coming election. The government has lost in three states but solution is not this.”

Thomas said the Narasimha Rao government had tried giving reservation based on economic criteria but it was set aside by the apex court.

He said the government can get the bill passed due to its majority but it has not been sincere in its approach.

The bill, he said, provides for reservation in employment and educational institutions and asked “where are the jobs.”

“The BJP had promised two crore jobs every year and by now 10 crore jobs should have been created,” he said, adding that the unemployment rate was high and the Centre for Monitoring Indian Economy had pointed to job losses.