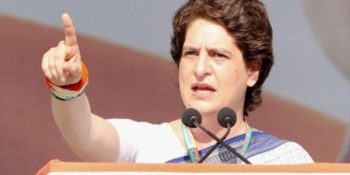 New Delhi: Priyanka Gandhi Vadra, who joined active politics just ahead of the Lok Sabha elections and was entrusted the charge of eastern Uttar Pradesh, failed to impress the electorate enough to turn the tide in favour of her party, if the exit polls are to be believed.

Priyanka campaigned extensively in 26 Lok Sabha constituencies over the last two months in Uttar Pradesh after kicking off her political journey with a grand road show in Lucknow on February 11 along with her brother and party President Rahul Gandhi.

She was appointed Congress General Secretary on January 23 and given the responsibility of Eastern Uttar Pradesh, with the hope that her active involvement in the campaign would boost the party’s electoral prospects in the politically crucial state where 80 out of 542 Lok Sabha seats are at stake.

The Congress general secretary kicked off her political campaigning in the state with all new 140 km-long river ride campaign programme on river Ganga from March 18 to 20.

In the first leg of her campaigning in the state, she covered the parliamentary constituencies of Prayagraj, Bhadohi, Mirzapur and Prime Minister Narendra Modi’s Lok Sabha seat of Varanasi.

The Congress leader tried to connect with the masses in the form of small public meetingsAand street corner meetings during her road shows.

PriyankaAGandhi, who is likened with her grandmother and former Prime Minister Indira Gandhi due to her similar looks, also interacted with the women and mixed with the public during her road shows and public meetings by breaking the security protocol.

Her campaign mainly focussed on attack on Prime Minister Narendra Modi and his government over the issues of unemployment, GST, nationalism and corruption. A

To cut into the backward votes of the BJP, she also attempted to connect with the weavers and the fishermen community residing along the banks of river Ganga and blamed the Goods and Services Tax (GST) for closure of their businesses.

PriyankaAvisited the Amethi Lok Sabha constituency five times in last two months. She also participated in the road show of her brother before filing he filed his nomination papers. Her husband Robert Vadra and children Raihan and Miraya also accompanied.

In absence of her brother from Amethi, where Union Minister and BJP leader Smriti Irani had camped during the elections for over a one and half month, she worked to ensure that the party’s votes remained intact. She also ensured that her brother gives a tight fight to the BJPA in Amethi.

Priyanka, during her five visits to Amethi, held closed door meetings with party workers and leaders of the Bahujan Samaj Party and the Samajwadi Party in Amethi, as they had decided not to field any candidates in Amethi and Rae Bareli.

Rahul Gandhi has won from Amethi since 2004 with a margin of over three lakh votes till 2009. But his victory margin shrunk in 2014 against Irani, although he got 1.07 lakh votes more as compared to his main rival on his home turf.

During her visits to Rae Bareli,APriyankaAGandhi held meetings with the party supporters and workers from all the five assembly constituencies.

But the charisma that the party expected from the second most prominent face of the party in the state did not gel up with the voters in 2019 Lok Sabha.

In the earlier Lok Sabha elections,APriyanka campaigned mainly for her brother and mother in the state and did not participate in the party’s campaign elsewhere.

NDTV’s poll of polls predicted that the BJP will get 49 seats compared to 73 seats it won in 2014. The grand alliance of the Bahujan Samaj Party, the Samajwadi Party and the Rashtriya Lok Dal was poised to win 29 seats in the state while the Congress was likely to win only two seats.

According to the most of the exit polls, the BJP-led NDA, which had won 73 out of 80 seats in the state in 2014 Lok Sabha polls, is now likely to win above 60 seats. The exit polls also predicted that the SP-BSP-RLD alliance is likely to win 10 to 16 seats, and the Congress one to two seats. 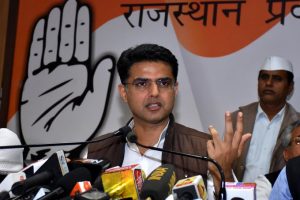