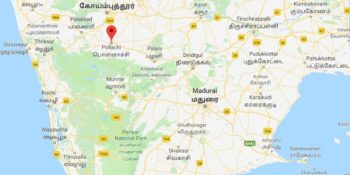 Coimbatore: The Tamil Nadu Police on Monday lodged Thirunavukkarasu, the main accused in the Pollachi sexual abuse-cum-blackmail case, in a prison here.

The Crime Branch-Crime Investigation Department (CBCID) got his custody on Friday and had interrogated him at an undisclosed location.

Thirunavukkarasu, Sathish, Sabarirajan, Vasanthakumar, all in their 20s, have been accused of sexually assaulting women in Pollachi town and filming the act to blackmail them for money or for physical submission over the past seven years.

Traders in Pollachi, which is in Coimbatore district, are planning a protest shutdown on Tuesday and a rally to demand a court-monitored probe by the Central Bureau of Investigation (CBI).

Speaking to IANS, a trader said the shutdown and rally would see participation of different political parties and social organisations.