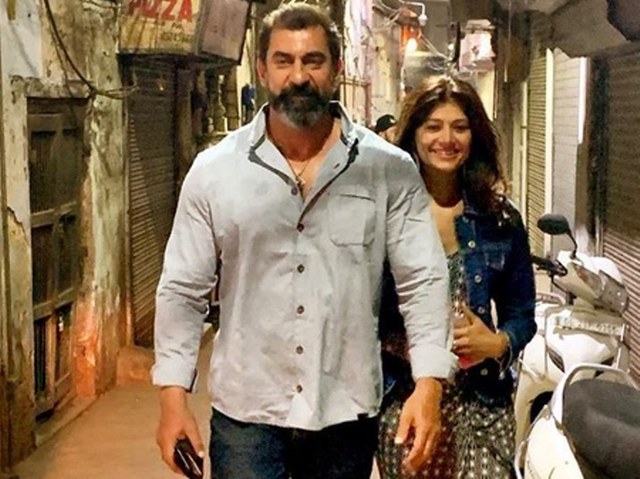 Mumbai:  Actress Pooja Batra, who is known for her roles in the nineties hits such as “Haseena Maan Jaayegi”, “Nayak” and “Virasat”, has reportedly married actor Nawab Shah.

Although the actors have not officialy confirmed the rumours, photographs and videos shared by the couple on social media broadly hints at the fact that a secret wedding has already taken place.

The former Miss India International took to Instagram and shared a few photographs and videos with Nawab.

In one of the videos, Pooja is seen wearing traditional red ‘chooda’ (bangles) on her wrists, hinting at her wedding with the “Don 2” actor.

“Man crush everyday Nawab,” she captioned a photograph in which the two are sharing smiles with each other.

Nawab, too, posted a couple of images on social media after their reportedly secret wedding.

Earlier on July 4, Nawab had posted a video flaunting the couple’s hands. Pooja is seen wearing red chooda on her wrists while Nawab flaunts his ring.

Nawab has often been seen expressing his love for Pooja on social media.

Last month on Eid, he shared that it took him 46 years to find his soulmate. He wrote this alongside an image in which he is seen holding Pooja’s hand.