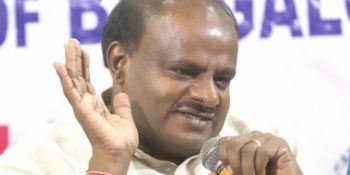 Bengaluru: Hitting out at the former ally a year after parting ways, former Karnataka Chief Minister and Janata Dal-Secular (JD-S) leader H.D. Kumaraswamy on Tuesday slammed the Congress over the political crisis in Rajasthan, triggered by its rebel leader Sachin Pilot and his supporters against the Ashok Gehlot government.

“The Congress has no moral right to launch a nationwide ‘Save Democracy’ campaign in protest against Rajasthan Governor Kalraj Mishra not convening the state Assembly early for the floor test, as it is guilty of horse-trading by forcing 6 Bahujan Samaj Party (BSP) legislators join it in September 2019 to ensure majority for it,” Kumaraswamy told reporters here.

“How can the Congress accuse the BJP of seeking to topple its government in Rajasthan and poaching its rebel legislators after it made the 6 BSP lawmakers merge with it without the consent of their leader and BSP supremo Mayawati?

“Was it fair and moral on the part of Congress to lure 6 MLAs of its own ally (BSP) with whose support it formed the government,” he asked.

The Congress, which was one short of a simple majority in the Rajasthan Assembly after the 2018 Assembly elections, formed a government with support from MLAs of the BSP and other smaller parties, as well as Independents.

The BSP is an ally of the JD-S in the southern state and one of its legislators was a minister in the JD-S-Congress coalition government Kumaraswamy headed from May 23, 2018 to July 23, 2019.

Accusing the Congress of being an expert in dividing political parties and buying MLAs like horses, Kumaraswamy, the state JD-S President, said that ‘horse-trading’ is its expertise as it attempted to buy his own party’s MLAs in 2004 though they were coalition partners in the state.

“For winning a Rajya Sabha seat, the Congress made 8 of our MLAs cross vote in the 2016 biennial elections in favour its candidate and ensured defeat of our official candidate. It also tried to split our party in 2005, which forced us to withdraw from the coalition government headed by Dharam Singh of the Congress,” he said.

“When S.M. Krishna was the Chief Minister (1999-2004), didn’t the Congress buy our MLAs? Didn’t the Congress conspire to form a government after the 2018 Assembly polls by buying our MLAs? Does it (Congress) have moral courage to answer these questions?” Kumaraswamy asked.

To keep the BJP out of power in Karnataka after the May 2018 assembly elections gave a split verdict, the Congress extended unconditional support to the JD-S, with Kumaraswamy as Chief Minister to form a post-poll alliance and form the coalition government after losing power in the state.

Though the 14-month-old coalition government collapsed after 17 Congress and JD-S rebels resigned from the Assembly, reducing it to a minority in the house, the two parties formed a pre-poll alliance to contest in the May 2019 general elections but suffered a humiliating defeat, retaining only one seat each of the state’s 28. 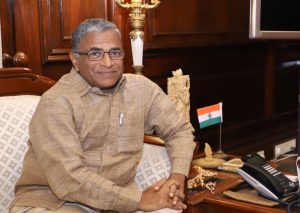 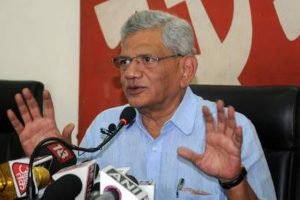