New Delhi : The Enforcement Directorate on Thursday attached 41 properties of Mehul Choksi of the Gitanjali Group, worth Rs 1,217 crore, in connection with an ongoing probe into the Rs 12,600 crore Punjab National Bank fraud case.

An ED official told IANS: “At least 41 properties worth Rs 1217.20 crore of Choksi and companies controlled by him has been attached.”

The attached properties include 15 flats and 17 office premises in Mumbai, Hyderabad Gems SEZ in Andhra Pradesh, Shopping Mall in Kolkata, farm house in Alibaug and 231 acres of land in Maharashtra and Tamil Nadu.

On Wednesday, a Blue Corner notice was issued against Nirav Modi and his uncle Choksi in connection with the PNB fraud case, an official said

A Blue Corner notice is issued to locate, identify or obtain information on a person of interest in a criminal investigation.

It was issued by the Bureau of Immigration against the two. The notice will be valid for a year starting February 22 at all ports of embarkation.

The IT Department had attached four more properties of the Nirav Modi group which included his farm house in Alibaug worth Rs 13 crore and a 5.24MW solar power plant over a 135 acres of land in Ahmednagar worth Rs 70 crore, as per the books. Both properties were in Maharashtra.

The Income Tax Department have attached 34 more bank accounts and fixed deposits of the Gitanjali Group having a balance of Rs 1.45 crore.

Choksi along with Modi have been accused of defrauding the PNB of Rs 12,600 crore, with Rs 1,300 crore being added to the fraud kitty on Monday night.

Earlier, the amount stated to have been defrauded by Modi and Choksi’s companies stood at Rs 11,300 crore.

The CBI had filed the first FIR in the scam on February 14 against Nirav Modi, his wife Ami, brother Nishal, uncle Choksi and his firms Diamond R US, Solar Exports and Stellar Diamond.

The agency stated that the fraud involved an amount of around Rs 6,400 crore.

Modi, his family and Choksi left the country in early January.

The CBI filed a second FIR on February 15 for Rs 4,886.72-crore fraud against Choksi’s Gitanjali Group. 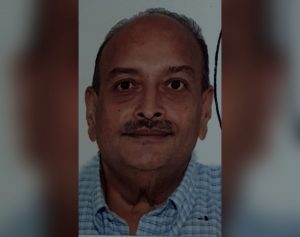