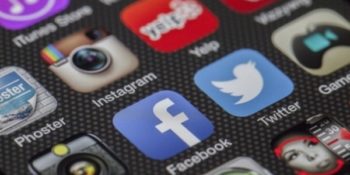 From passing off a High Court-ordered drive to clear illegal encroachments on forest land in Himachal Pradesh as “barbarism” in the Kashmir valley to terming mobile phone restrictions in the region as “siege in Kashmir”, a false narrative propagated by Pakistanis’ propaganda machinery finds many takers on social media, partly due to relentless promotion by fake accounts.

“For all those ‘SIEGE’ obsessed reporters. There’s no SIEGE in Kashmir except some restriction on mobile phones which’s being lifted soon. Post 5th August except initially for few days, there hasn’t been any restriction imposed by Govt. Roads & streets are full of people, vehicles,” Hussain said in an earlier tweet.

Fact-checking website BOOM on Wednesday reported that a two-year-old video of clashes between protesters and security personnel in Kashmir is now being shared as the reaction of Kashmiris following the scrapping of Article 370.

For more than one month now, the Inter-Services Public Relations (ISPR), the public relations wing of the Pakistan armed forces, is busy spreading fake news related to Kashmir in a bid to sow seeds of discord among security forces and fuel hatred among citizens in India.

As part of its information warfare, Pakistan has resorted to spreading propaganda, fake news, threatening statements and manipulating the social media.

Pakistan has adopted the strategy of giving a religious colour to its propaganda campaign, posing a fake threat from India, while reminding India of the consequences of the rise of extremist forces.