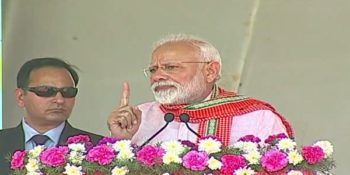 Madurai (Tamil Nadu) | Prime Minister Narendra Modi on Sunday here that opposition parties were coming together over fear of getting caught for corruption.

Modi said the Centre’s action against corruption has created a fear in the minds of people all across the country. All those who were used to make money from government contracts are facing the music now, which is they were all coming together to remove “this watchman”, he said in a reference to himself at a public rally.

Modi arrived in the Tamil Nadu temple town earlier in the day and laid the foundation stone for an All India Institute of Medical Sciences (AIIMS) and also inaugurated super speciality blocks at Rajaji, Thanjavur and Tirunelveli Medical Colleges.

He also urged the youth of Tamil Nadu not to get swayed by the negative sentiments created by vested interests.

The Prime Minister said the Centre was taking steps to eradicate corruption and any person who looted money in defence deals, government schemes and others will be brought to book whether they are within or outside India.

He also said that Tamil Nadu is one of the leading states in the Central government’s “Make in India” initiative.

According to Modi, the Centre aims to make Tamil Nadu a preferred hub for aerospace and defence sectors.

He said the Tamil Nadu Defence Industrial Corridor would generate jobs in state.

He also mentioned the Tuticorin Port, referring to it is an engine of economic growth.

Given its strategic location, the Port can become a major trans-shipment port of South India, Modi remarked.

According to the Prime Minister, the Train-18 developed by the Integral Coach Factory (ICF) in Chennai has attracted the attention of several countries and when its production increases, more jobs will be created.

Stressing that the BJP-led Central government is committed to providing jobs and education for all sections of the society, the reservation of 10 per cent based on economic criteria has been brought in.

He also said the government is focused on providing ease of living and referred to the setting up of Passport Seva Kendras in Post Offices.

Modi said work on 10-smart city projects in Tamil Nadu is on.

He said that under the Swachh Bharat mission, the Centre has built over nine crore toilets in the country out of which 47 lakh are in Tamil Nadu. 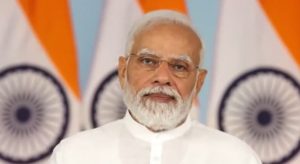 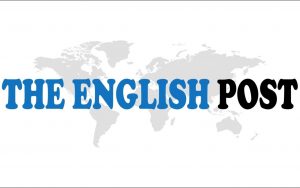