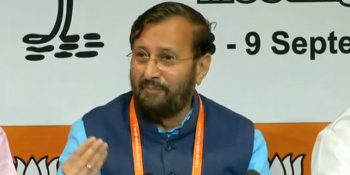 Kejriwal, on Friday during a public meeting in Chandni Chowk, had reminded the people that the BJP had called him a “terrorist”.

“I am Delhi’s Chief Minister. While some people have voted for me, some had voted for the BJP and the Congress. I never discriminated and worked for everyone. All the people in Delhi are my family,” he said while addressing a public meeting in Chandni Chowk. Does that make me a terrorist? Now you have to decide if I am a terrorist or your son. If you feel I am a terrorist, then press lotus (BJP’s election symbol). If you feel I am your son, press broom (AAP’s election symbol) on February 8,” he said.

Earlier BJP MP Parvesh Verma had made “terrorist” remark targeted at Kejriwal against which AAP party held a silent march in all 70 constituencies in Delhi.

“Verma had called Kejriwal a ‘terrorist’ and the statement was endorsed by Manoj Tiwari, the Delhi BJP chief.

The Aam Aadmi Party moved the Election Commission and complained against the hate campaign of the BJP and the lack of decorum on their part. The AAP has also asked the poll body to take stern action against such hate remarks.

“Thereafter, the EC banned Verma from campaigning for 96 hours,” the AAP said in a statement on Friday. 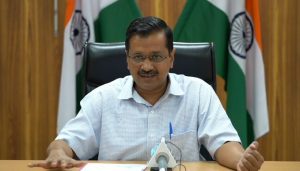 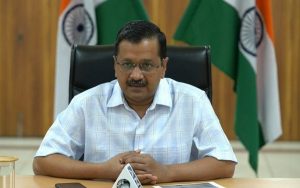