Mumbai : The National Bank for Agriculture & Rural Development (NABARD) on Friday attributed the country’s highest deposits of Rs 745.59 crore in banned currencies at the Ahmedabad District Cooperative Bank (ADCB) to the latter’s massive size and performance.

After a political storm over the IANS report on RTI revelations about ADCB, in which Bharatiya Janata Party (BJP) President Amit Shah is a director, the NABARD came out in strong defence of the Ahmedabad-based bank.

“NABARD conducted 100 per cent verification in ADCB which revealed that the bank had complied with all the KYC guidelines of the RBI while accepting the demonetised notes,” it said in a statement here.

“During the period when the banks were permitted to accept deposits, 1.6 lakh customers of the bank deposited/exchanged the demonetised notes aggregating to Rs 746 crore, which was only about 15 percent of the total deposits of the bank,” NABARD said.

Confirming the figure of deposits of the banned Rs 500 and Rs 1,000 currency notes worth Rs 745.59 crore, NABARD said the ADCB has 16 lakh accounts spread across 194 branches, making it Gujarat’s biggest DCCB.

It said of the 16 lakhs accounts, barely 1.6 lakh customers or 9.37 percent exchanged or deposited the old notes.

Of these less than Rs 2.5 lakhs were deposited in 98.66 percent of the accounts in which deposits/ exchanges were made.

NABARD also said of the total number of accounts with ADCB, only 0.09 percent comprised accounts with deposits of more than Rs 2.5 lakh.

“The average deposit amount in ADCB was Rs 46,795, which was lower than average per depositor in 18 DCCBs of Gujarat,” it added.

In contrast, the NABARD said that the DCCBs in Maharashtra and Kerala had deposits that were higher than the DCCBs in Gujarat.

Our Gujarat Correspondent, Darshan Desai adds: ADC Bank chairman Ajay Patel says there was “nothing unusual” about the bank receiving as much as Rs 746 crore deposits in the first five days of demonetisation announced by Prime Minister Narendra Modi on November 2016.

Asked how could the bank staff managed to handle so much money in just five days when making deposits after demonetisation required a detailed procedure, Patel told IANS, “We have 194 branches across Gujarat, not just one.”

“So it is no big deal. And for any other clarification about the deposits in our bank, the NABARD has issued a detailed press release. You can refer that,” he added, speaking in Gujarati.

The NABARD statatement lauded the ADCB, saying the bank had total business levels of over Rs 9,000-crore, is one of the top 10 DCCBs in the country, and was recently awarded for best performance by the Federatoin of Cooperative Banks, and its deposit base of Rs 5,330-crore is the highest among all the Gujarat banks.

Moreover, calling it a “farmer friendly bank”, it said the bank has adopted technology to the core to enhance ease of doing banking to farmers, is among the first few DCCBs in India to offer modern mobile banking and limited Internet banking facilities to its customers.

IANS on Thursday highlighted how the ADCB became the most sought-after bank for deposits of the Rs 500 and Rs 1,000 currencies which were abruptly demonetised by Prime Minister Narendra Modi on November 8, 2016.

The issue created a controversy with several opposition parties, including Congress President Rahul Gandhi and the CPI-M targeting the BJP on the issue.

Mumbai Youth Congress President Ganesh Yadav has announced a protest on Saturday to demand a CBI probe against Shah on all the charges against him, suspension of the Rajkot DCCB Chairman Jayesh V. Radadiya who is a cabinet minister in Chief Minister Vijay Rupani’s government, and stringent action against both the banks and its officials.

Earlier in the day, the AICC issued a hard hitting statement detailing the other DCCBs in Gujarat which are controlled by the ruling BJP. 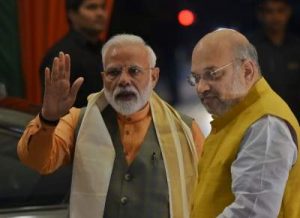 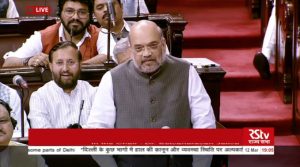 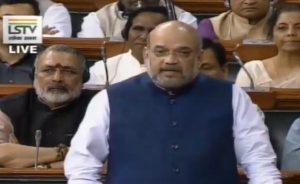