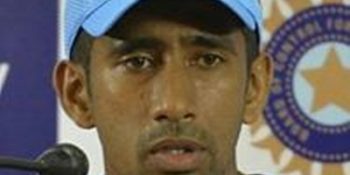 Kolkata :  Fit-again India’s Test wicketkeeper Wriddhiman Saha on Tuesday said his sole focus is on getting back into the groove and he is not thinking about the upcoming Indian Premier League (IPL) just yet.

Saha was bought by former champions Sunrisers Hyderabad for Rs. 5 crore at the IPL auctions earlier this year. The IPL starts on April 7 with Sunrisers taking on Rajasthan Royals at home two days later.

During India’s recent tour to South Africa, Saha missed the last two Tests due to a hamstring injury he picked up while playing the first rubber.

The highly-rated Bengal stumper did his rehabilitation at the National Cricket Academy in Bengaluru and was on Tuesday seen playing for his office outfit.

“I am not thinking about the IPL at the moment. My focus is solely on getting fully fit and match ready,” Saha told reporters on the sidelines of his local team Shyambazar club’s centenary celebrations at the Eden Gardens here.

“There is still time and I want to think about the IPL when I join the team. I was out of the game for sometime and I really want to get back to match fitness as soon as possible,” the 33-year-old added.

In the first Test against South Africa in Cape Town, Saha created the record of having snaffled 10 catches in a single Test, going past M.S. Dhoni, who has nine against his name.

“I felt bad that I had to come back after the first Test. But injuries are part of life as a cricketer and I am happy that the team did well overall on the tour,” Saha said.

“India are the favourites. We have a strong side and I am hopeful we will do very well.” 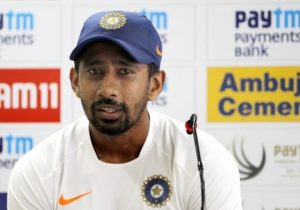 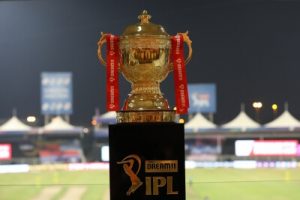 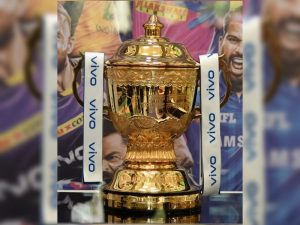