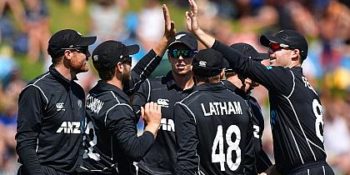 Wellington, Jan 19 : New Zealand whitewashed Pakistan in the five-match One-Day International (ODI) cricket series after registering a 15-run win in the final match at the Basin Reserve here on Friday.

After winning the toss and batting first, opening batsman Martin Guptill (100) scored his 13th century in the ODIs to guide New Zealand to 271 for seven in 50 overs.

Guptill shared a 112-run for the third wicket with former captain Ross Taylor (59), who registered his 42nd fifty.

In reply, Pakistan seemed to have lost the battle when they were reduced to 57/5 in 17 overs after pacer Matt Henry removed top three batsmen Fakhar Zaman (12), Umar Amin (2) and Babar Azam (10).

Haris Sohail (63) and Shadab Khan (54) put on 105 for the sixth wicket to give Pakistan a chance. Left-arm spinner Mitchell Santner broke the stand by getting rid of Sohail, who was caught by Henry at long-on, with the visitors at 162/6 in 37.2 overs.

Santner then sent back Shadab caught at short third man for a 77-ball 54, with five fours.

Henry picked up his fourth wicket in the form of Raees (5) to finish with 4 for 53. Ashraf was accounted by Santner and Nawaz was dismissed by Ferguson.

Pakistan captain Sarfraz blamed the batsmen for the defeat and poor show in the series.

“New Zealand are a very good team, they played well throughout the series. The main thing was batting, that’s why we lost the series. The bowling unit were very good. Sometimes we had opportunities but we didn’t grab them,” Sarfraz was quoted as saying by International Cricket Council (ICC)’s website.

“We back our team. And there are some positive things. The lower order played very well, Fahim, Aamer Yamin, Nawaz. One very positive sign is our youngsters batting very well.” 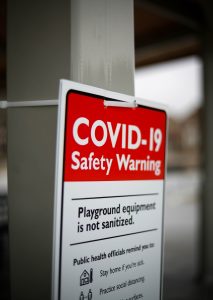