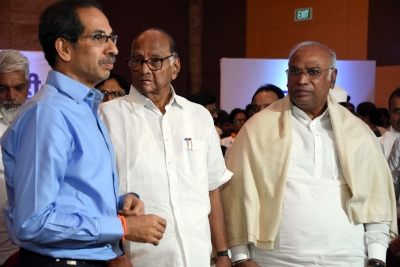 Mumbai: The Shiv Sena-Nationalist Congress Party-Congress on Tuesday shot off a letter to Governor B.S. Koshyari requesting him to appoint only the senior-most legislator as the pro-tem Speaker for conducting Wednesday’s House proceedings.

“We have sent a letter by email along with a hard copy of it to the Governor to appoint the senior-most MLA as the pro-tem Speaker as per established conventions and parliamentary norms,” state NCP President Jayant Patil told mediapersons.

He pointed out that since Chief Minister Devendra Fadnavis has not yet proved his majority in the House, the appointment should not be made with his recommendation or advice.

“In the present House, (state Congress President and Congress Legislature Party leader) Balasaheb Thorat is the senior-most MLA, being elected for the eight time in the current House, who should be appointed as the pro-tem Speaker,” Patil said.

He described Thorat as not only the senior-most but a highly experienced MLA with full knowledge of the constitutional rules who would conduct the proceedings smoothly.

Patil said in order to avoid a repeat of the Karnataka incidents recently, the three parties have taken the precaution to address the pro-tem Speaker, also known as the ‘Father of the House.’

“We are hopeful that the Governor will consider our demand,” Patil said. 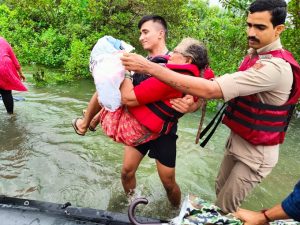 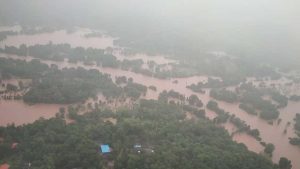