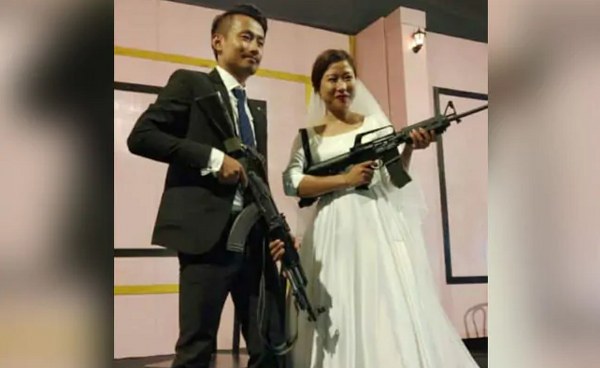 Dimapur: Nagaland Police on Wednesday arrested the couple who posed with automatic assault rifles at their wedding reception in this commercial town of Nagaland. The couple was released on bail bond later.

Two National Socialist Council of Nagaland-Unification (NSCN-U) militants — Ato Sumi and Mughaho — and the bodyguards of the kilo kilonser (home minister) of the NSCN-U, Bohoto Kiba, were also arrested for giving their assault rifles to the couple, a police officer said.

The photographs and a video of the son of Bohoto Kiba and the bride brandishing assault rifles — M4 and AK 56 — at their wedding reception had gone viral on the social media.

“We have arrested the couple and two NSCN-U militants in connection with a suo moto case registered in Diphupar police station for displaying firearms at a wedding reception,” a police officer told IANS.

The couple got married on November 9 at the 5th Mile in Dimapur.

“We have recorded the statements of the couple. They said that the bodyguards of their father handed them the weapons (for photography) at the reception,” he said.

The police have seized the weapons and a case has been registered under the Arms Act, 1959.

Kiba is a powerful Naga rebel leader, who had courted controversy by threatening journalists in Nagaland in 2012. The top militant leader had threatened to shoot the members of the press.

The NSCN-U faction is also one of the seven Naga groups holding peace talks with the government. 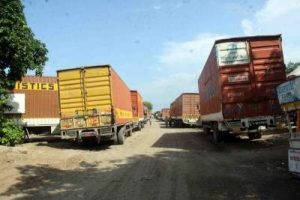 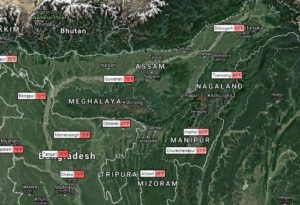