Mumbai (2 MIN READ): Two Indian Air Force (IAF) helicopters and six boats of the National Disaster Response Force (NDRF) have left for Vangani on Saturday to rescue around 1,500 passengers stranded in the Mahalaxmi Express train after a torrential downpour continued in Mumbai and surroundings for the third consecutive day, officials said.

Hundreds of panicky, starving and thirsty passengers on the Mumbai-Kolhapur train were seen making appeals for help on mobile videos and social media.

They said they had no drinking water or food since nearly 15 hours and no escape route as the train was practically cut off with five-six feet water on all sides.

Guardian Minister for Thane Eknath Gaikwad said two helicopters will help the rescue operation along with six teams of the NDRF on the ground from Mumbai, Thane and Pune which are rushing there with inflatable rubber boats shortly.

The towns of Badlapur, Ulhasnagar, Vangani were practically underwater since early Saturday as heavy rain lashed the region, flooding local rivers and other water bodies.

The Central Railway (CR) earlier in the day warned the Mahalaxmi Express passengers against stepping out of the trains in view of the dangerous water levels outside and requested them to wait for help which is on the way.

The CR added that a relief train has been stationed at Badlapur to ferry the passengers, along with food, water and medical supplies, besides making arrangements to take the passengers onward to Kolhapur.

Though the suburban trains in Mumbai functioned with delays of 15-20 minutes on Western Railway and CR, the latter had to cancel services between Karjat-Kalyan (in Thane) owing to floods and waterlogging on the tracks since Friday.

In Mumbai, Minister of Education Ashish Shelar authorized school and college principals to declare a holiday to ensure students are not inconvenienced if heavy rain continued. 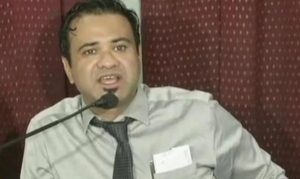 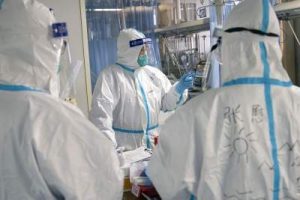