Bhopal: Hours after a video of Purushottam Sharma, a senior IPS officer, went viral on social media, allegedly showing him thrashing his wife, he was removed from the post of the Director at Public Prosecutor’s Directorate on Monday.

Sharma, who is posted in Bhopal, has described the dispute with his wife as a family feud.

The five minutes video shows the senior police officer fighting with his wife, shouting at and thrashing her for almost a minute. The video was shot on Sunday at 2.44 p.m. and the clip runs till 2.49 p.m.

Madhya Pradesh Additional DG Purshottam Sharma beating his wife, Video sent by the son to the Home Minister of MP to register a complaint against his father!

Several of their staff can be seen attempting to intervene as does a pet Golden Retriever. Sharma is seen dragging his wife along the ground and then raining blows on her.

The reason for the discord as can be understood from the video appears to be one of extra marital affair by the police officer. It seemed to have been a long running dispute between the husband and wife.

The video was shot from a gallery position, in all probability a floor above.

After this video went viral, the Madhya Pradesh government took serious cognisance of the matter and removed Sharma as Director at Public Prosecutors Directorate. He has been directed to register his attendance at the Ministry of Home Affairs (MHA).

State Urban Administration Minister Bhupendra Singh said if the video is authentic then the matter is serious and necessary action will be taken.

However, Sharma has issued a clarification after the alleged video went viral and described it as a family dispute, saying, “I have not committed any crime. This is a family matter between me and my wife. If she is angry with me then why does she stay with me. Why use my money? Why travel abroad with my money? This is my family matter, I will solve it myself, I am in constant touch with my wife and trying my best to resolve this matter.” 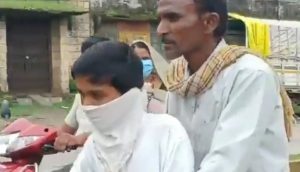 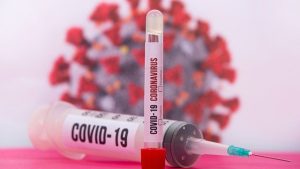