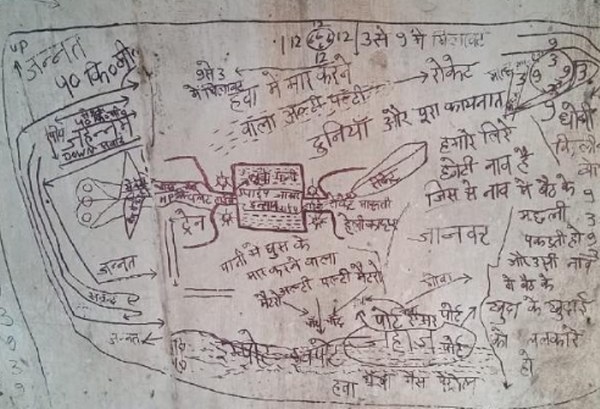 Raigad (Maharashtra):  Security officials went in a tizzy as some mystery messages purportedly praising global terror outfit Islamic State (IS) were found scrawled on a pillar of the Khopte Bridge in Uran area here on Tuesday.

“We are investigating the matter from all angles with all agencies concerned. That’s all I can say now,” Navi Mumbai Deputy Commissioner of Police Ashok Dudhe told IANS.

The messages, scribbled on the bridge pillar, mentions the name of IS leader Abu Bakr al-Baghdadi as the “khoonkar” (most dreaded) terrorist of the “two worlds’, and called “IS warriors” the best fighters.

Another message says “Dhoni Jannat me out”, and has unclear references to Uttar Pradesh’s Gorakhpur city, the Mumbai suburb of Kurla, trains, small boats, heaven and hell, etc., while an image of a rocket is drawn with it.

Both central and state investigating agencies have rushed to probe the messages, though it is not immediately clear who may have scrawled them, and when and why.

The area has been cordoned off and police brass are keeping mum on the potentially sensitive issue, coming on the eve of Eid on Wednesday. Security has also been tightened in Raigad, Navi Mumbai and Mumbai. 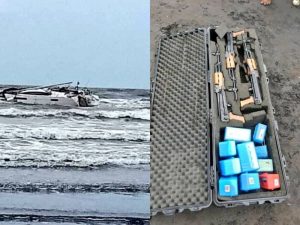 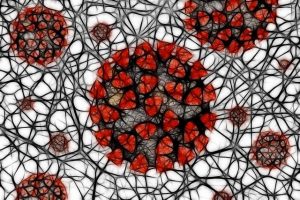