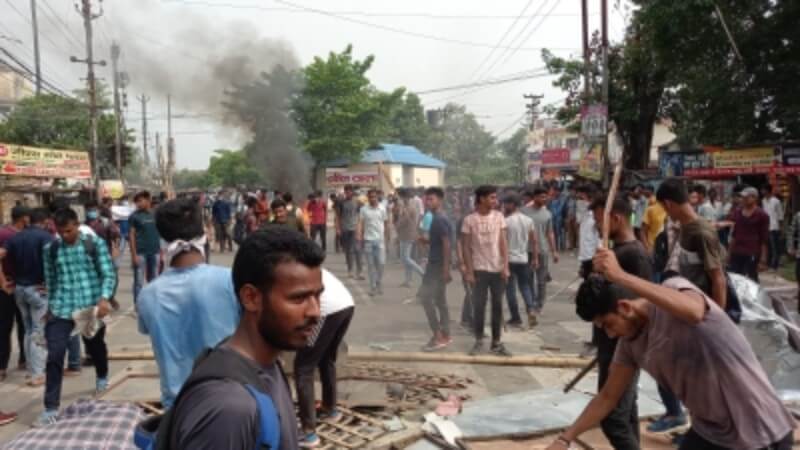 Patna | Thousands of youths assembled at the Jahanabad railway station on Patna-Gaya rail route on Thursday and blocked the tracks as protests against the Centre’s Agnipath scheme entered day two in Bihar.

At the Jahanabad railway station, the agitating students blocked the Patna-Gaya passenger train. The railway officials, along with district police, attempted to placate them and requested them to leave the railway track to restore transportation on the route.

Besides, a large number of protestors also assembled at Kako Mor on Patna Gaya main road and burnt tyres. They raised slogans against Prime Minister Narendra Modi and Defence Minister Rajnath Singh accusing them of “compromising” the youths’ future.

#WATCH | Bihar: Youth demonstrate in Chhapra, burn tyres and vandalise a bus in protest against the recently announced #AgnipathRecruitmentScheme pic.twitter.com/Ik0pYK26KY

Many of them alleged that the Centre was not hiring ‘Agniveers’ but “Bali Ka Bakra” (Scapegoats) for four years.

In Nawada, the protestors burnt tyres on Nawada railway station and on busy Prajatantra Chowk. Due to massive protests, the traffic on the Gaya-Keul rail section was also disrupted.

Incidents of stone pelting were also reported from Arrah.

Earlier on Wednesday, a large number of youths demonstrated in Muzaffarpur and Buxar districts of the state and disrupted road and rail traffic. 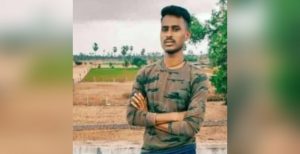 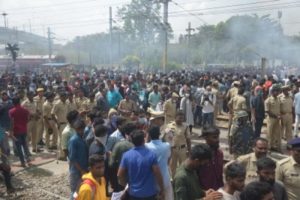 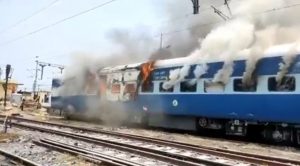