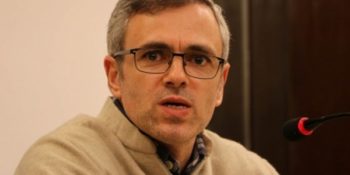 Jammu :  While mainstream politicians on Thursday said withdrawal/downgrading of their security cover would make them vulnerable to attacks, separatist leaders have dismissed the decision as a ‘non-issue’.

Reacting to the Jammu and Kashmir government’s decision to withdraw/downgrade the security cover of 155 mainstream politicians, former Chief Minister Omar Abdullah has asked the state governor to intervene failing which the National Conference (NC) would move the court.

Abdullah said although the present decision does not concern any politician of the NC, yet it was strange that the security cover of mainstream politicians was being withdrawn when they were being told to prepare for the forthcoming Lok Sabha and state assembly elections.

A Peoples Democratic Party (PDP) leader Waheed Para, whose security cover is being withdrawn, has said the decision would make him vulnerable to attacks in the future.

Senior separatist leader Muhammad Yasin Malik told the media in Srinagar that he has no security cover. He had been offered one in the past by the authorities which he had refused.

“Every time they offered me security, I turned it down. I strongly believe that life and death are in the hands of Allah”, Malik said.

Interestingly, Malik’s name appears in Wednesday’s state home department order which said the security cover of 18 separatists was being withdrawn.

Another separatist leader in the list, Molvi Abbas Ansari said he had informed the authorities two days ago that he did not want any security cover henceforth and as such, he would not provide any accommodation in future to the security personnel posted for his security.

Security cover is provided to different people in violence hit Jammu and Kashmir based on the threat perception worked out by the state and central intelligence agencies.

Regular meetings are held in the state in which security to different people in public life in Jammu and Kashmir is reviewed.

Based on the reports of the intelligence agencies, the security cover is upgraded or downgraded.

The security cover of 18 separatist leaders and 155 Jammu and Kashmir politicians has been withdrawn in the aftermath of the Pulwama attack on February 14 in which at least 40 CRPF troopers were killed.

An order issued by the Home Department late on Wednesday said the security cover of separatists and some mainstream politicians was also being withdrawn/downgraded in addition to those who were earlier excluded from the security cover on February 18.

As per the latest order, the new list includes names from the National Conference, PDP, Bharatiya Janata Party (BJP) and the Congress.

“Over 1,000 personal security guards and 100 vehicles provided to the secured persons are being withdrawn,” officials said here.

The decision to cut down heavily on separatist leaders’ cover was taken in the aftermath of the Pulwama attack when an explosive-packed SUV rammed into a bus of a Central Reserve Police Force convoy on the Jammu-Srinagar highway killing 40 paramilitary troopers on the spot in the worst-ever terror attack in the state since militancy struck there in 1989. 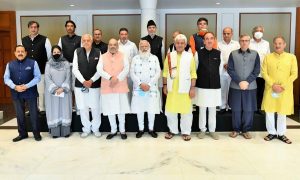 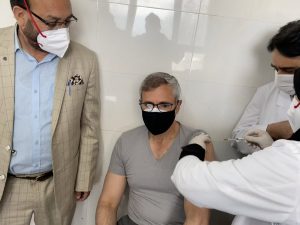 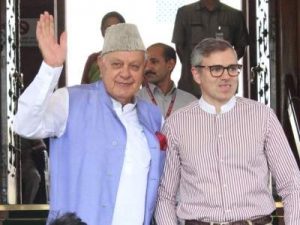