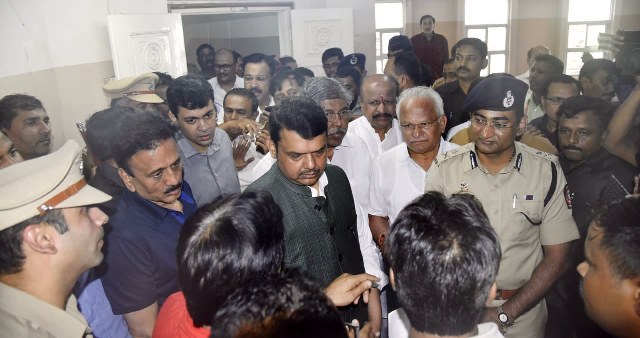 The gigantic Koyna Dam, with its reservoir spread across 890 sq km and a capacity of 100 TMC, was filled up by half or more than 50 TMC in only nine days this year.

On the ongoing rescue efforts for people still stranded even as floodwaters have slowly started receding, Fadnavis said that an 15 additional teams of the Indian Navy from Vishakhpatnam have reached Kolhapur.

A 30-member medical team of BrihanMumbai Municipal Corporation (BMC) left for Kolhapur, the Mumbai Dabbawalas have launched rehab efforts by seeking donations from people in cash/kind, besides many other private organisations, NGOs, social groups, religious bodies, and others have also started similar efforts.

A total of 37 teams of various agencies with 95 boats are active in Sangli, and another 38 teams with 74 boats are engaged in rescue work in Kolhapur, besides 302 medical teams in the three districts (including Satara), said Pune Divisional Commissioner Deepak Mhaiskar.

However, nearly 2.97 lakh households still remain without power, including 1,378 in Pune and 22,613 in Solapur, but work to restore electric connections is on a war-footing, he said.

In the two districts, 300 big and small roads and bridges are still blocked due to floods, boulder crashes or landslides, and the Maharashtra State Road Transport Corporation (MSRTC) has cancelled 29,517 services in Kolhapur on 31 routes and 8,060 services on 43 routes in Sangli.

Schools, colleges, private and most government offices, business and commercial institutions remained closed since the past one week and it is still not clear when they will resume.

Fadnavis also assured that the Maharashtra government is getting all assistance from the Centre and urged people not to panic and wait for help which is being sent to them.

Farmers shall be given assistance of Rs 13,000 per hectares to remove silt accumulated on the farmlands so as to get ready for the next farming season.

Fadnavis appealed to political parties not to politicise the massive flood emergency which has hit the state and said all must stand up to help the flood victims. 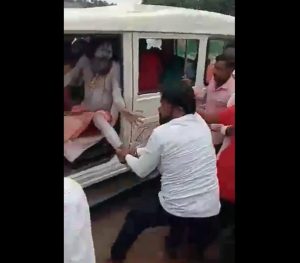 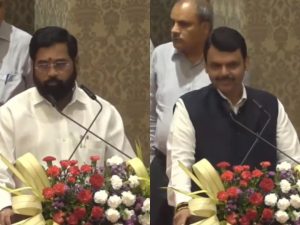 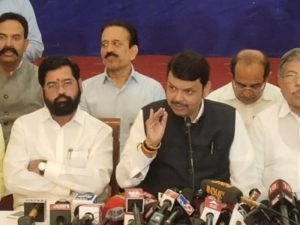