Ludhiana :  The Punjab Police on Thursday said that all six accused in the gang rape of a 21-year-old woman in Ludhiana district have been arrested.

Three accused had been arrested by the police earlier this week. A court in Ludhiana, 110 km from Chandigarh, on Wednesday sent the three accused to seven days’ police remand.

The young woman was allegedly gang raped in Issewal area of Ludhiana district on February 9 night.

Those arrested so far include Jagroop Singh, Sadik Ali, Surma, Ajay, Said Ali and a juvenile.

The DGP said that police investigations have revealed that six men were involved in the gang rape of the victim when she was driving along a canal in a car with her male friend.

The victim had alleged that she was gang raped by at least 10 men after she and her friend were attacked and abducted.

Both were taken in their car to an isolated plot and the woman was gang raped while her friend was held captive. The couple were set free on Sunday. The police registered a case of rape under sections of the Indian Penal Code against the accused.

The police had earlier admitted that there were lapses by the local police in dealing with the matter.

Assistant Sub-Inspector Vijay Rattan was on Monday suspended for dereliction of duty as he had failed to investigate the matter seriously and did not inform his seniors about it after receiving a complaint about the incident, Deputy Inspector General (DIG) R.S. Khatra said earlier.

The accused had called up a friend of the rape victim’s friend and demanded a ransom of Rs 2 lakh. The friend approached the police following the call but the police did not take immediate action. 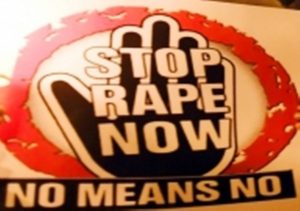