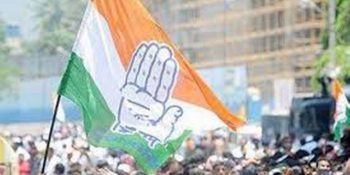 While Lovely will contest from Gandhi Nagar, Yusuf has been nominated for the Ballimaran seat and Tirath from the Patel Nagar constituency.

Sitting MLA from Dwarka Adarsh Shashtri, who earlier in the day joined the Congress after quitting the Aam Aadmi Party (AAP), has been given the ticket from the same seat.

The party has fielded Lamba from the Chandani Chowk seat, which she won on the AAP ticket in 2015. Party spokesperson Radhika Khera has been fielded from the Janakpuri seat and Akansha Ola from Model Town.

Satbir Sharma has been fielded from Sadar Bazar and Rajesh Lilothia from Mangol Puri (SC) seat. Ashok Kumar Walia will contest from Krishnagar, and Chaudhry Mateen Ahmed from Seelampur.

The Congress has not yet announced candidate from New Delhi against Arvind Kejriwal and from Patparganj against Manish Sisodia.

The AAP has announced candidates for all the 70 seats, while the BJP has given ticket for 57 seats.

The party had already finalised most of the names, said Delhi Congress chief Subhash Chopra.

The election results will be declared on February 11.