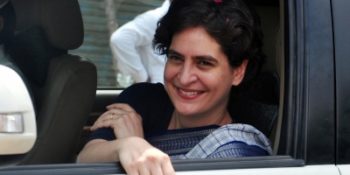 New Delhi : A day ahead of her mega road show in Uttar Pradesh, Congress General Secretary Priyanka Gandhi on Sunday called on party workers to initiate a “new kind of politics” which listens to the voices of the poor and the marginalised.

“I have hope in my heart that together we will start a new kind of politics, a politics in which all of you will be stakeholders — my young friends, my sisters and even the weakest person, all their voices will be heard.

“Come, let’s build a new future, new politics with me,” she said in an audio message.

In her first visit to the state after being given the charge of east Uttar Pradesh, Priyanka Gandhi, along with brother and Congress President Rahul Gandhi and General Secretary Jyotiraditya Scindia, will hold a road show in Lucknow ahead of the Lok Sabha elections.

Scindia, who has been given the responsibility of western UP, also shared a similar audio message.

Both the General Secretaries will also interact with the party cadres on February 12, 13 and 14.

Priyanka Gandhi’s much-awaited political plunge has created a lot of buzz within the party as well as in the rival camps and the party has made hectic preparations for the visit, with which the Congress will kick off its campaign in the state which sends 80 members to the Lok Sabha. 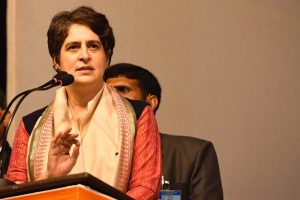