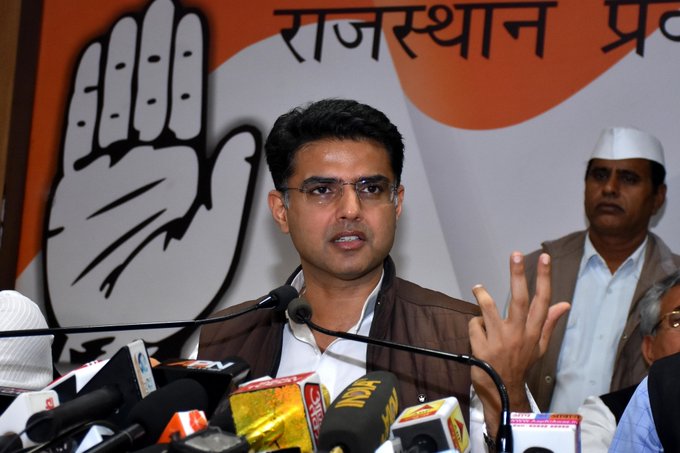 Poonia said that around 400-500 members holding certain posts in the Youth Congress, National Students’ Union of India (NSUI) and Seva Dal have resigned to protest against the development.

Meanwhile, over 50 Congressmen have also resigned in Tonk, Pilot’s home constituency in Rajasthan to protest against his sacking.

District Congress President of Pali Chunnilal Chadwas has also resigned from the party.

Meanwhile, Pilot in a tweet said: “My heartfelt thanks and gratitude to all those who have come out in my support today. Ram Ram sa.”

My heartfelt thanks and gratitude to all those who have come out in my support today.
राम राम सा !

He said that he resigned from the post in support of Sachin Pilot. “Our conscience is alive, so is our self-respect. #SachinPilotkesaath,” he said on Twitter.

The Congress on Tuesday sacked Sachin Pilot from the posts of Rajasthan’s deputy chief minister as well as the party’s state unit chief and also cracked the whip on the rebel party leader, removing his loyalists Vishvendra Singh and Ramesh Meena from the state cabinet.

Meanwhile, protests were staged in many pockets of Gujjar dominated areas as Pilot is a favourite of the community.

High alert has been sounded in Gujjar-dominated areas in Dausa, Ajmer, Tonk, Sawai Madhopur and Bharatpur to avert any untoward incident.