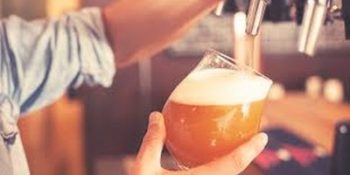 Mumbai, Jan 8 : International Scotch Day, a global celebration in honour of Scotland’s whisky, will take place on February 8 with a series of events to mark the event.

Now in its second year, International Scotch Day invites people from all parts of the world to raise a glass of Scotch to celebrate the togetherness.

Celebrations will take place in homes, bars, clubs and events across the world, as Scotch aficionados, enthusiasts and fans alike raise a glass to their favourite whisky, said a statement.

“This year is going to be even bigger, with celebrations taking place globally, from Scotch Whisky tastings to opening the doors to Diageo’s archive in Scotland, free passes to distillery visitor centres and celebrity events in cities from Manila to Johannesburg”.

Ewan Gunn, Global Scotch Whisky Master from Diageo, also feels that “Scotch is made all the way across Scotland – from the romantic west coast, through the whisky heartland of Speyside, to the vibrant urban central belt of Scotland, and though it is made here, it belongs to the world and is truly the world’s favourite whisky.”

“Hosting International Scotch Day for a second year shows how confident we are about the popularity of this truly international drink,” he said.