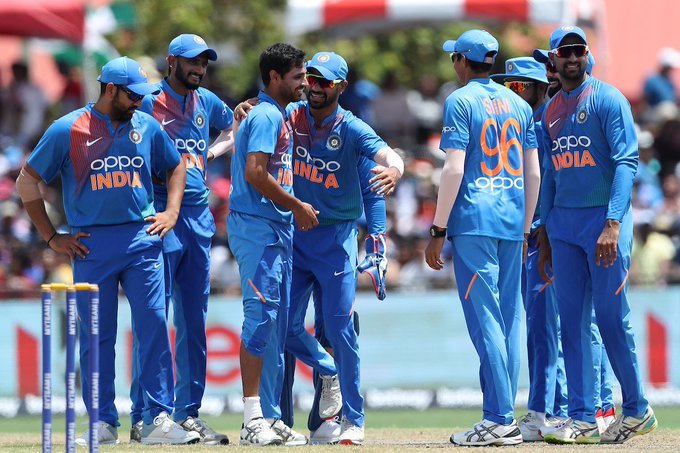 Chasing a target of 168, West Indies laboured their way to 98/4 in 15.3 overs before the rain forced the play to be suspended.

Sunil Narine opened the innings with Evin Lewis in the absence of John Campbell. It took just eight balls for India to break the opening pair, with the struggling Lewis falling to Bhuvneshwar Kumar as the latter took a sharp catch off his own bowling.

Narine was dismissed in the next over by Washington Sundar.

Nicholas Pooran and Rovman Powell then ensured that West Indies don’t lose any more wickets in the first 10 overs but they hardly managed to get any good momentum into the innings.

Both players were dismissed in the 14th over by Krunal Pandya.

Kieron Pollard and Shimron Hetmyer were in the middle when the players had to leave the field as it started pouring and the play had to be suspended with West Indies well behind the D/L-par score.

Rohit and Shikhar Dhawan managed an opening partnership of 65 before the latter was dismissed off the last ball of the eighth over.

West Indies did well to reign the Indians in after that but Pandya and Ravindra Jadeja provided a late push to take their team past the 160-run mark. 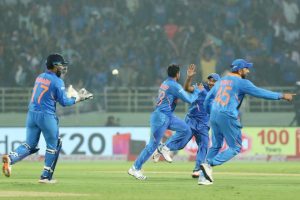 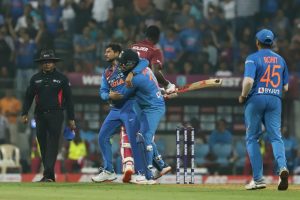 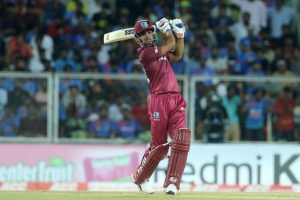