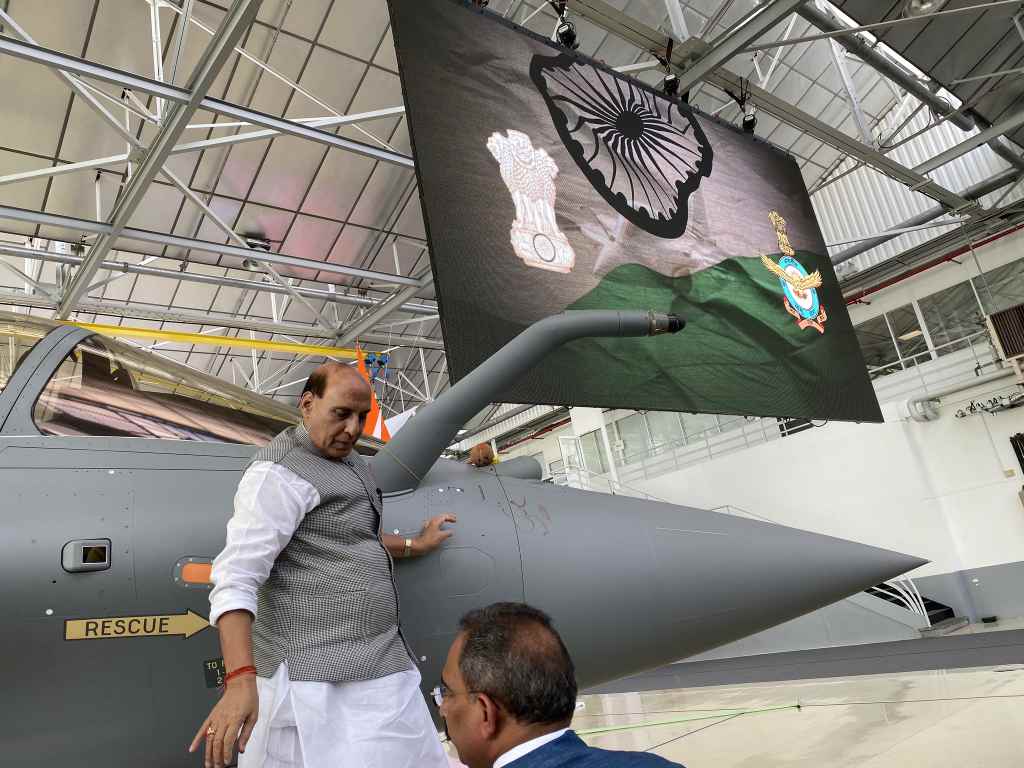 New Delhi: Defence Minister Rajnath Singh formally received the first of the 36 Rafale fighter jets in France on the occasion of Dussehra which is being celebrated across India on Tuesday.

The fighter jet was handed over at Merignac at a facility of Dassault Aviation, the manufacturer of Rafale jets.

Dassault Aviation CEO Eric Trappier welcomed Rajnath Singh after he landed at the Bordeaux-Merignac Air Base from Paris on a French military aircraft. He visited the production unit of Dassault Aviation led by Trappier and other French officials.

Rajnath Singh was shown a short audio-visual clip on the history of aircraft manufacturing by Dassault before the handing over ceremony. His French counterpart Florence Parly was also present during the handover ceremony.

“Former (French) President Jacques Chirac had laid the basic groundwork for strategic partnership between India and France along with Prime Minister (Atal Bihari) Vajpayee. We are thankful to them. Today is a milestone day for Indio-France strategic partnership and a new high in bilateral defence co-operation,” he said.

A traditional Shastra Puja (worship of weapons) ceremony will take place, following which Rajnath Singh will undertake a sortie in a twin-seater trainer version of the fighter aircraft.

India chose October 8 for receiving the first Rafale jet not only because it is the occasion of Dussehra, but the day is also celebrated as Air Force Day every year. The festival of Dussehra symbolises the victory of good over evil as per Hindu traditions. Shastra Puja has been an integral part of Dussehra for ages.

The first jet bears the tail number RB 001 which are the initials of Indian Air Force (IAF) chief, Air Chief Marshal R.K.S. Bhadauria, who played a key role on behalf of India in the Rafale negotiations with France.

Before proceeding to Dassault’s Bordeaux facility, Rajnath Singh called on French President Emmanuel Macron at his official residence Elysee Palace in Paris on Tuesday. He also met the Parly and Defence Advisor to the President of France, Admiral Bernard Rogel.

The IAF had “technically accepted” the first Rafale jet on September 20 after a pre-delivery inspection team completed the documentation formalities. Though Rajnath Singh received the first Rafale jet in a symbolic ceremony on Tuesday, it will be seen in Indian skies only in May 2020 when the first four jets physically arrive in India.

India had entered into an inter-governmental agreement with France and Dassault in September 2016 to acquire 36 Rafale jets in flyaway condition at a cost of Rs 59,000 crore.

Rafale, a 4.5 generation multi-role combat aircraft, will greatly increase India’s geo-political stature in South Asia because no other country, including Pakistan, has as advanced an aircraft in its inventory.

India is the fourth country after France, Egypt and Qatar to have inducted the Rafale into its air force.

The first squadron of the Rafale aircraft will be stationed at the Ambala Air Force Station in Punjab, considered as a strategic air base given its proximity to the Indo-Pakistan border. Then IAF chief, Air Chief Marshal B.S. Dhanoa had resurrected this squadron – known as 17 Squadron or Golden Arrows – in September.

The second Rafale squadron will be based at the Hashimara Air Force Station in Alipurduar district of West Bengal which at present is home to the ageing MiG 27 Russian aircraft. 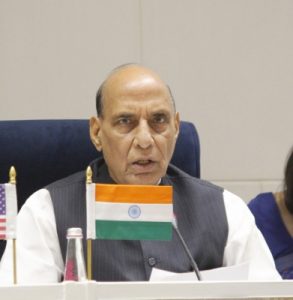 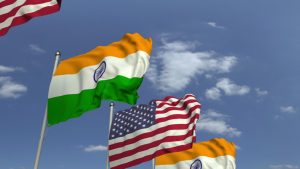