New Delhi, Jan 19 : After the Wassenaar Arrangement and the Missile Technology Control Regime (MTCR), India on Friday notched up another success as it was made a member of the Australia Group, the third of the four key global export control regimes that will help pave the way for entry into the Nuclear Suppliers’ Group.

India became the 43rd member of the Australia Group, an informal forum of countries which seeks to ensure that exports do not contribute to the development of chemical or biological weapons.

“I am happy to announce that India has joined the Australia Group on January 19, 2018, following the completion of internal procedures for joining this group,” External Affairs Ministry spokesperson Raveesh Kumar said in his weekly media briefing here.

Kumar also expressed New Delhi’s appreciation for Ambassador Jane Hardy of Australia, former chair of the Australia Group, for her role in facilitating India’s accession to the Group.

“India’s entry into the Group would be mutually beneficial and further contribute to international security and non-proliferation objectives,” he said.

In a separate statement, the Australia Group said “there was very strong support expressed for India’s membership at the June 26-30, 2017, Australia Group Plenary, after which consensus was reached intersessionally.” and then India reaffirmed its intention to join the Group.

“In warmly welcoming India to the Group, the other Australia Group members recognised the government of India’s commitment to bring India’s export control system into alignment with the Australia Group and India’s determination to contribute to the global effort to prevent the proliferation of CBW in the security interests of all members of the international community,” it stated.

“With its admission into the Australia Group, India has demonstrated the will to implement rigorous controls of high standards in international trade, and its capacity to adapt its national regulatory system to meet the necessities of its expanding economy.”

The statement added that India was “also aware of the need to constantly adapt its export controls in the face of rapidly evolving scientific and technological challenges, and in this regard, affirmed its readiness to act in close cooperation with all members towards the furtherance of Australia Group objectives”.

This is the third of the four export control regimes that India has joined since 2017.

Last year, India became the 35th member of the Missile Technology Control Regime (MTCR), an informal and voluntary partnership of countries to prevent the proliferation of missile and unmanned aerial vehicle technology capable of carrying above 500 kg payload for more than 300 km, and the 42nd member of the Wassenaar Arrangement, which seeks to contribute to regional and international security and stability by promoting transparency and greater responsibility in transfers of conventional arms and dual-use goods and technologies.

China has been opposing India’s bid to become member of the NSG, on the ground that for a country to join the 48-nation bloc, it has to be a signatory to the Nuclear Non-Proliferation Treaty (NPT).

Asked if membership of the Australia Group will help India’s efforts to join the NSG, Kumar said that “it helps credentials for NSG”.

It may be noted that China is not a member of any of the other three regimes to which India has been admitted. 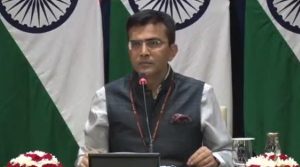 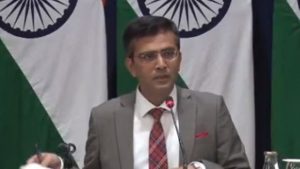 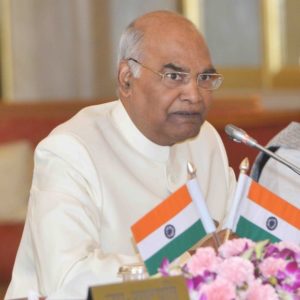