Kolkata, Jan 26 : Describing the current political situation in India as a “sort of decentralized Emergency”, renowned journalist and former Union Minister Arun Shourie on Friday said there is a “climate of fear” and “helplessness” in the country.

“The immediate circumstances are that today we have not a centralized Emergency but sort of decentralized Emergency… There is climate of fear and a sense of helplessness which I did not see during the Emergency,” he said at the Tata Steel Kolkata Literary Meet here.

“Forces that are to battle against this situation are divided. I have been long saying that you have to recognise the mortal danger that (Narendra) Modi and others represent to the country,” he added.

According to Shourie, there has been over the last 30-40 years a decline in the quality of persons in public life.

“The decline … is the great problem. Even you look at the persons who were involved in the fight against the Emergency, their quality and the quality of persons today. There is a vast difference… That is the central problem for India today.”

He also questioned the system of selecting rulers in India. “This is not the way to select rulers for a billion people.

Asked to spell out the constructive steps to ensure that better quality persons come to public life, he said: “We can think of stricter qualifications for persons who enter the legislature.”

“Whoever is in office controls the CBI (Central Bureau of Investigation)… The CBI and others are instruments of the rulers. The CBI was the instrument of that (Manmohan Singh) government as three inquiries were conducted against Arun Shourie and they did not find anything. The difference is Modi’s small group of two-three persons have no shame, no limit to the use of such instruments.”

“The bad loans have become such a mountain that the government, instead of dealing with that, is putting money into a bottomless well. Therefore, they can’t have enough money and Provident Funds are being invested in stock markets, insurance companies are investing in stock market. It boosts the stock market but endangers our savings,” he said.

Attacking the media, he said over time the media had become “the part of establishment” and “the instrument of rulers”.

“This has happened in many ways. One is the ingress of large corporate houses into the media. We would have thought that these people have deep pockets and therefore they can stand up to state better. Actually, they have varied business interest.. .and they do not stand up to the state.

“That is one of the principal reasons on account of which we are not getting the whole truth today,” he said.

He also said that the ideology of the media had changed.

According to Shourie, earlier the media’s passion was public issues while “today the passion is to make money”. 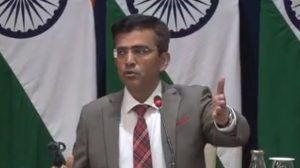 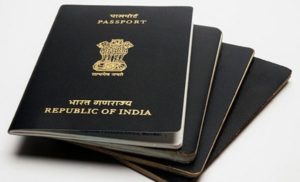