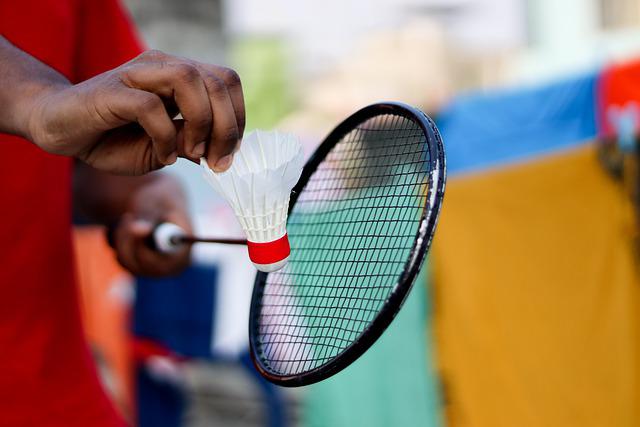 Bangkok | The Indian men’s badminton team lifted their Thomas Cup title after registering a resounding 3-0 win over defending champions Indonesia in the final, here on Sunday.

Victories from Lakshya Sen, the doubles pair of Satwiksairaj Rankireddy-Chirag Shetty and former World No 1 Kidambi Srikanth guided India to the coveted trophy, the most prestigious title in men’s team badminton.

Indian men had previously reached the Thomas Cup semis in 1952, 1955, and 1979 while Indonesia are the most successful nation in the history of the tournament, with 14 titles to their name.

The high-flying Indian team began their maiden Thomas Cup final tie at the Impact Arena with world championship bronze winner Lakshya Sen, ranked nine in the badminton world rankings, taking on world No 4 and Tokyo 2020 bronze winner Anthony Ginting. Sen went into the match with a 1-0 head-to-head advantage, having beaten Ginting at the German Open in March. However, the 20-year-old Indian had only won once in the ongoing Thomas Cup and lost thrice.

This will go on for some time now 🕺🥳

The young Indian went toe-to-toe with the Indonesian in the early exchanges, but Ginting switched gears to win 12 straight points and pocket the opening game with ease in just 17 minutes.

In the second game, the momentum was with Ginting, who was playing on the more favourable side of the court, playing against the drift, and brimming with confidence but India’s top-ranked Sen responded well and upped his pace and attack to win the second game force a decider.

Soaring to a New High 🏸

Congratulations Team India on scripting history by winning #ThomasCup, first time in the 73-year-history of this prestigious badminton team tournament.

You’ve all made us immensely proud. Keep the flag flying high 🇮🇳@BAI_Media pic.twitter.com/7wBuMUiFqZ

Despite trailing in the opening half of the third game, Lakshya dug deep to churn out some brilliant winners and matched Ginting’s immaculate net game. Sen eventually prevailed 8-21, 21-17, 21-16 to put India ahead in the tie.

The Indian badminton team has scripted history! The entire nation is elated by India winning the Thomas Cup! Congratulations to our accomplished team and best wishes to them for their future endeavours. This win will motivate so many upcoming sportspersons.

Thereafter, the doubles team of Chirag Shetty and Satwiksairaj Rankireddy produced a brilliant come-from-behind win against Mohammad Ahsan and Kevin Sukamuljo to put India firmly in the driver’s seat.

After going down in the opening game, Chirag-Satwik came up with a herculean effort in the second, saving three match points to win and take the contest into the decider. In the decider, the Indians held the upper hand early but Ahsan and Sukamuljo levelled at 11-11 and moved into the lead. But there was nothing separating the two pairs as they drew level again at 17-17.

Rankireddy and Shetty, who survived four match points in the second game, finally had their first match point opportunity but Ahsan smashed the Indonesians to safety. But on the second time of asking the world No 8 pairing held through to register an 18-21, 23-21, 21-19 win for India.

As #TeamIndia defeats 14-time #ThomasCup Champions Indonesia (🇮🇳3-0🇮🇩) to win its 1️⃣st ever #ThomasCup2022, @IndiaSports is proud to announce a cash award of ₹ 1 crore for the team in relaxation of rules to acknowledge this unparalleled feat!

Meanwhile, the third rubber saw world championship silver medallist Kidambi Srikanth beat Jonatan Christie in comfortable fashion to guide India to the historic win. Srikanth, ranked 11 in the world, cruised to an easy win in the first game but faced a strong resistance from world No 9 Jonatan Christie in the second game.

The Indonesian produced a remarkable run to take the lead towards the end and even had a game point opportunity. But Kidambi held his nerves and found his groove to see out a 21-15, 23-21 victory.

Voot shared the video of the historic moment with IANS. Players and coaches were seen dancing after the win.

Group of women beat up pizza chain employee in Indore