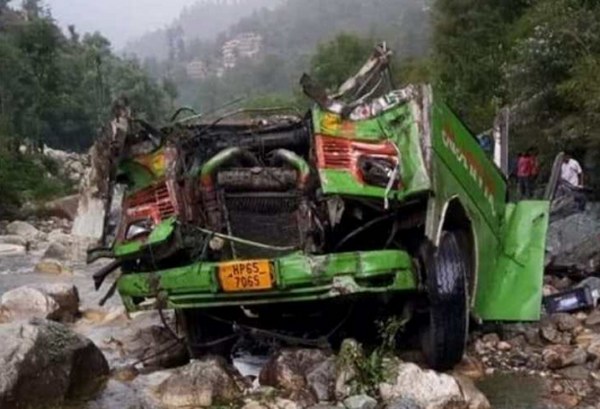 Shimla: The death toll due to a road accident in Himachal Pradesh’s Kullu district has increased to 44, officials said on Friday.

A total of 73 passengers were on board when an overloaded private mini bus skidded off the road and fell into a deep gorge near Banjar, some 50 km from Kullu town, on Thursday. Passengers were also sitting on its rooftop.

Chief Minister Jai Ram Thakur is rushing to the spot

Transport Minister Govind Thakur, who was supervising the rescue and relief operation, told IANS over phone that 29 people were injured in the accident. He said some of the passengers succumbed to injuries early Friday.

Superintendent of Police Shalini Agnihotri said the private bus was on its way to Gada Gushaini from Kullu when the accident occurred.

Most of the injured have been admitted to hospitals in Kullu and Mandi, she added. The injured included school and college students from Banjar and were returning home.

A witness said rescuers had a tough time in extracting the victims from the vehicle and the gorge.

The spot of the accident, about 250 km from the state capital, is one of the remotest places in the state.

Scarcity of buses and poor frequency of government-run buses in this remote district are blamed for overloading of public transport vehicles.

The Kullu district administration has provided Rs 50,000 as immediate relief to the next of kin of the deceased and injured persons. A magisterial probe has been ordered. 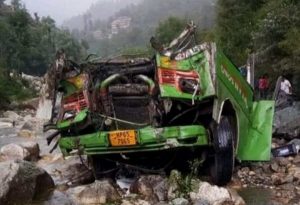 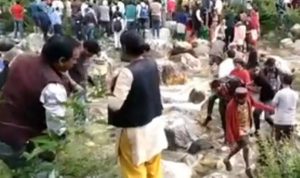 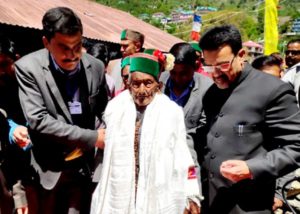 Kalpa: 1st voter of independent India, Shyam Saran Negi at a polling booth during the seventh and the last phase of 2019 Lok Sabha Elections in Kalpa, Kinnnaur, Himachal Pradesh on May 19, 2019. 103yr old Negi has been voting since 1st General Elections 1951. (Photo: IANS)