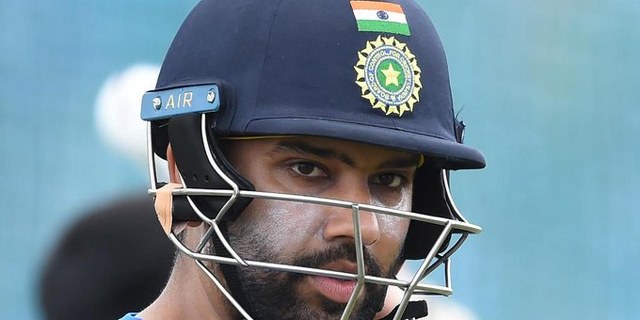 Mumbai: Indias limited-overs deputy Rohit Sharma completed 13 years on the international stage on Tuesday and the opener took to social media to not only thank his fans and loved ones for always supporting him, but also spoke about how he has lived a dream.

Taking to Twitter, Rohit wrote: “Grateful for 13 amazing years and counting… never thought that playing in the gullies of Borivali would lead to this some day, me living my dream.”

Grateful for 13 amazing years and counting… never thought that playing in the gullies of Borivali would lead to this some day, me living my dream 🙏

Rohit’s debut ODI came against Ireland on June 23, 2007 in Belfast. Rahul Dravid was captain of the team while M.S. Dhoni — under whom Rohit played the initial years of his international career — was out with an injury, thus allowing Dinesh Karthik to take his place behind the stumps.

In the match against Ireland, Rohit batted at number 7. The match was shortened by rain and Ireland were all out for 193. Sourav Ganguly and Gautam Gambhir’s 162-run partnership for the second wicket helped India win the match by nine wickets (DLS method). In fact, Rohit’s only notable contribution in the match was that he took the catch that dismissed Niall O’Brien off R.P. Singh.

Rohit’s potential was always spoken about in his early years and eventually he has fulfilled that in limited-overs cricket. He is the only batsman to have three double tons in ODI cricket, including a mind boggling 264. The 33-year-old has so far played 32 Tests, 224 ODIs and 108 T20Is in which he has scored 2141, 9115 and 2773 runs respectively. 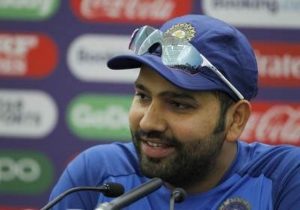 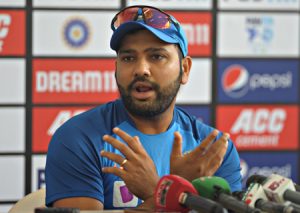 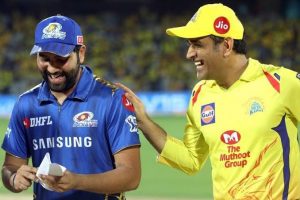