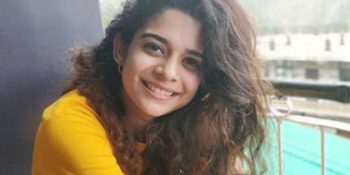 Mumbai :  Actress Mithila Palkar who is making her space in the business of entertainment with the film “Karwaan”, web shows like “Official Chukiyagiri” and “Little Things”, says that the older generation prefers to watch cinema on TV rather than going to movie theatres.

As her film “Karwaan” will be telecast on the small screen, Mithila told IANS here, “our grandparents’ generation prefers to watch film on TV rather than going to the theatre because of the simple reason that they are really old.

“Watching a film for say two hours at a stretch is difficult for them. That is why I think when a film comes on digital and TV, it becomes a win-win situation for me to reach out to the larger audience.”

Directed by Akarsh Khurana, the film features Dulquer Salmaan and Irrfan Khan among others.

For Mithila, the most memorable part of the film’s shoot was the road trip.

“We got a chance to go to places inside Kerala that I have never been before. In fact, from my childhood, I have never stayed away from home, my family and this was the first time I was out of my city for thirty days with a bunch of good people.

“We had so much fun. It was like a hostel life that I never had,” said the actress who started her career in Bollywood with the film “Katti Batti” and went on to do several ad films and web projects.

Asked why she did not follow a conventional way to enter Bollywood, Mithila said: “For me, I wanted to be an actor without being bothered about the medium. So when the opportunity came my way, it did not really matter on which medium I am working.”

“I am always interested in good performance, always tried to improve my skill as an actor,” she added.

In the film “Karwaan”, the actress played the character of Tanya, a young college student.

Though the actress does not relate to the character at a personal level, she said: “I know that there are outspoken people like her, who retaliate and speak their mind out when angry…but I am on the other hand, I cry out of anger. So yes, Tanya is very different from my personality but she is relatable for many.”

After the release of the film, the 25- year-old actress not only received a lot of praise for her performance but also bagged the Netflix show “Little Things” and a Netflix film titled “Chopsticks” opposite actor Abhay Deol.

When she looks back at her performance, how does she react?

“I cannot watch my performance as an audience because whenever I watch anything, that I am a part of, I watch critically (laughs). I tend to think, that this could have been better, and that could have been improved. I am very self-critical that way…so I do not enjoy,” replied the next-gen star.

“Karwaan” will have its world television premiere on Sony Max channel on Sunday. 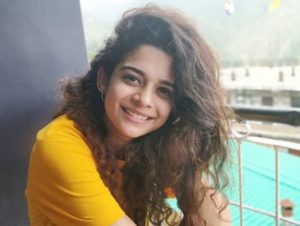