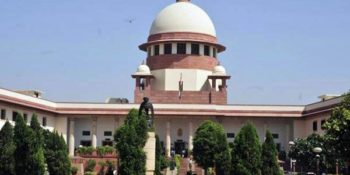 New Delhi : The Central government on Wednesday said it was leaving it to the wisdom of the Supreme Court to decide if a law that criminalizes consensual gay sex was constitutionally valid.

On the second day of the apex court hearing on the plea challenging the constitutional validity of Indian Penal Code’s Section 377 that criminalises homosexuality, the Centre did not spell out its stand one way or the other.

A brief affidavit it filed said: “…so far as the constitutional validity Section 377 to the extent it applies to “consensual acts of adults in private” is concerned, the Union of India would leave the said question to the wisdom of this Court.”

However, it urged the five-judge constitution bench of Chief Justice Dipak Misra, Justices Rohinton Fali Nariman, A.M. Khanwilkar, D.Y. Chandrachud and Indu Malhotra that they should confine the hearing to deciding the challenge to the law without any scope that may give rise to LGBT community claiming civil rights including right to property, inheritance marriage, adoption and other rights.

“What ever may not be in question may not be decided,” Additional Solicitor General Tushar Mehta told the court expressing the apprehension of the Centre.

He told the court that if it intended to touch on other issues like same sex marriage, then the Centre will file another detailed affidavit.

Airing the government’s concerns, Mehta referred to Justice Chandrachud’s observation made during the course of the hearing on Tuesday that in Hadiya judgement, that “we have already decided that the right to choose partner is a fundamental right”.

Clarifying his observation, Justice Chandrachud said they were not going to decide “kinky issues”.

“We are (debating) on whether the relationship between two adults is itself a manifestation of Article 21 of the Constitution,” he said.

“We don’t want a situation when two gays enjoying a walk on Marine Drive should be disturbed by police and charged under Section 377 IPC,” he said.

Chief Justice Misra said: “We will decide whether consensual sex between two consenting adults is a crime or not.”

Dispelling the apprehensions of the Centre, he said: “We can’t judge an issue in vacuum”, thereby telling Mehta that the issue of other rights of LGBT community was not before the bench.

The court was hearing of a batch of petitions by hotelier Keshav Suri, Sangeet Natak Akademi awardee Bharatnatyam dancer Navtej Singh Johar, a group of past and present IITians and 12 bureaucrats who are LGBT, NGO Voices Against 377, and others assailing the constitutional validity of Section 377 criminalising homosexuality.

Appearing for the petitioners challenging the constitutional validity of the Victorian-era law, senior counsel Anand Grover, Shyam Divan, advocate Menaka Guruswamy, Saurabh Kirpal and Jayna Kothari assailed the penal provision on different grounds including its being violative of the Constitution’s Article 14, Article 15, Article 19 and Article 21.

Telling the court that in the past, people from the LGBT community were hesitant to approach the court, Grover said that today many of them are coming because they feel court is “empathetic and sympathetic to their plight.”

He said that when in 1947 when India became independent, many including LGBT community did not feel that way, and are now seeking full independence from the yoke of British law.

Seeking a declaration that the fundamental right to life under Article 21 also covers “right to intimacy”, Divan told the court in a medical emergency, LGBT people find it difficult to accompany the loved ones to the hospital and sign the document necessary for certain surgical procedures.

The hearing witnessed Justice Nariman brushing aside objection by Mehta to Guruswamy’s pitching for the right of the LGBT community to form association under Article 19(1)(c).

As Mehta told the court that hearing was limited to the challenge to the Section 377 that criminalises the consensual sex between two consenting adults and the issue of formation of association by invoking Article 19(1)(c) could not be raked up, an unimpressed Justice Nariman told him that he could respond to the arguments in the course of his submissions.

Justice Chandrachud observed that Section 377 had a chilling effect not only on public services but also in private employment as Guruswamy told the court about a person who after clearing the IAS did not join it out of the fear of stigma.

Chief Justice Misra said that the “ancillary disqualification” – the consequences flowing for such relationship which is seen as a moral turpitude – including joining services, and contesting elections would go once court decides on the validity of Section 377.

Kothari, who argued for transgender rights, told the court that the Section 377 is an edifice for denying them their rights. 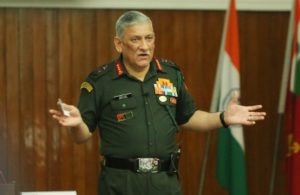