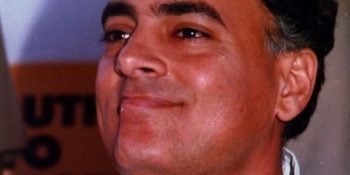 Mumbai: A major controversy erupted on Thursday over Prime Minister Narendra Modis charge that late Prime Minister Rajiv Gandhi had used naval aircraft carrier INS Viraat for a vacation by his family and foreigner in-laws, with the then Naval Chief L Ramdas refuting the claim and the Congress slamming the PM.

Retired Admiral Ramdas issued a statement, saying Gandhi had gone on an official trip to the Lakshadweep Islands to chair a meeting of the Islands Development Authority (IDA) held alternatively between Andaman and Lakshadweep Islands.

“The PM is authorized to travel along with his spouse by service aircraft on official duties…” he said, adding that Rahul Gandhi, (who would have been barely 17 then), never accompanied them.

He said the statement was issued after collating responses from his former senior naval colleagues – Admiral Vinod Pasricha and Vice Admiral Madanjit Singh — who were serving in the Western Fleet during the events nearly 32 years ago, to which Modi referred.

Ramdas insisted that there were no parties held on INS Viraat or any of the other four warships accompanying the now-decommissioned aircraft carrier and no foreigners accompanied Rajiv Gandhi nor did current Congress President Rahul Gandhi accompany them then.

According to the then Administrator of Lakshadweep Islands Wajahat Habibullah, Gandhi was accompanied by his wife when he received them on the official trip.

At an election rally in Delhi on Wednesday, Modi said Rajiv Gandhi had used INS Viraat as a “taxi” for a 10-day vacation with his family and foreigner his in-laws.

“I would like to state unequivocally that this was not the case,” Ramdas said.

He recounted the sequence of events of that period based on the replies by the retired naval top brass besides a naval officer who was then in-charge of the Lakshadweep Islands.

In December 1987, Rajiv Gandhi boarded INS Viraat off Thiruvananthapuram en route to Lakshadweep Islands, after attending an event as the chief guest at the National Games Prize distribution in the Kerala capital, and was proceeding to the Lakshdweep Islands for the IDA meeting.

One of the officers stated that there were four other naval ships accompanying the INS Viraat for the Fleet exercises and as the Flag Officer Commanding-in-Chief based in Kochi, he had boarded the aircraft carrier.

However, the late Prime Minister and his wife visited some of the islands on short trips by helicopter to meet local officials and the local people.

During Rajiv Gandhi’s visit to Bangaram, on the last day, a few naval divers had been sent ashore for the Prime Minister’s safety. No other ships had been diverted for the personal use of Gandhi family and only a small helicopter was stationed at Kavratti for medical emergency, said the statement.

Another officer said the meetings and functions (above) were held in December 1987 and the Western Fleet had planned its naval exercises with the (INS Viraat) much in advance in the annual exercise programme to be conducted in that region in the Arabian Sea.

“This was an opportunity for the officers and men to interact with their Prime Minister. He addressed the men, had ‘Bada Khana’ as per naval traditions,” said an officer who later hosted a dinner for Rajiv Gandhi and produced a photograph to confirm it.

Habibullah said Rajiv Gandhi arrived in Lakshdweep Island for Island Development Authority meeting and that the holiday part was separate.

Rajiv Gandhi arrived in Kavaratti (capital of Lakshadweep) by a helicopter and the meeting lasted for two days.

“After the meeting, the rest of the Cabinet went to their places of work and the Prime Minister (Gandhi) and his wife stayed beyond and moved to Bangaram. The bills of Pawan Hans (helicopter service) were paid for,” Habibullah said.

He said the Pawan Hans helicopter flew in “other guests from other parts of the world” to Bangaram.

The then Lakshadweep Administrator said INS Viraat and the Naval presence remained in Lakshadweep throughout the presence of PM for security reasons, especially because there was no airport in the Island at that time.

The holiday part was organised by SPORTS (Society for Promotion of Nature Tourism and Sports), an NGO set up by the Lakshdweep Administration.

Congress spokesperson Pawan Khera said Modi was attacking Rajiv Gandhi as he had no achievements of his government to present before voters.

“Vice Admiral (retired) Vinod Pasricha has told TV channels that this is a lie. Rajiv ji was on an official visit. It was not a holiday. Facts do not matter to Modi,” he said.

Khera said Modi was the first Prime Minister of the country who was seeking votes on his “failures”.

“Lies, propaganda and canards can never succeed beyond a very short shelf-life. Truth has to triumph. Howsoever much the ‘Bahut Jhoot Party’ tries to spread disinformation, the people of India know the truth,” he said on the INS Viraat issue. 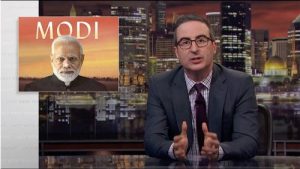 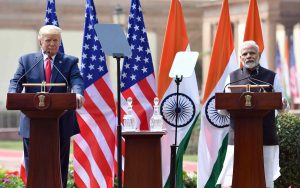 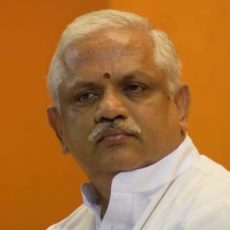