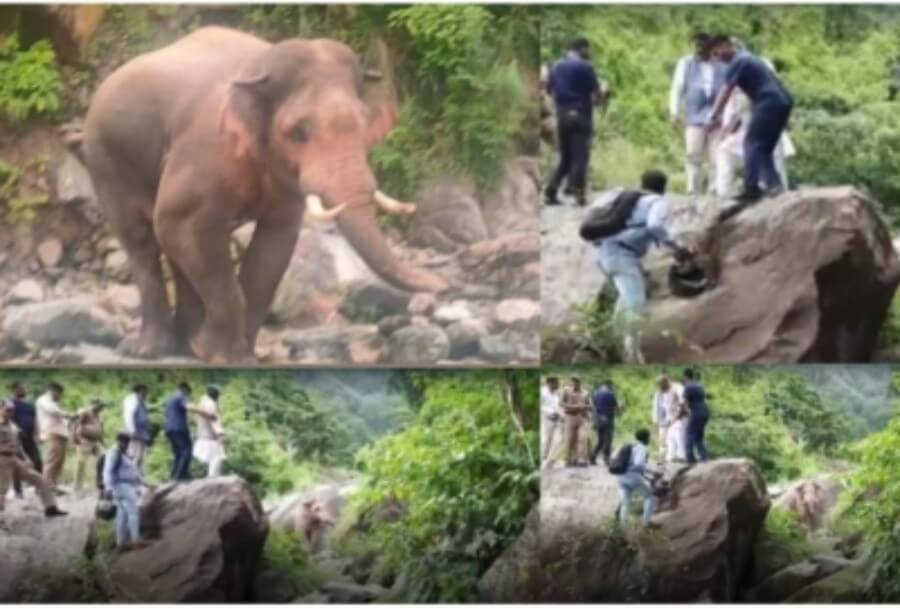 Kotdwar (Uttarakhand) | Former Uttarakhand chief minister Trivendra Singh Rawat was forced to stop his convoy when an elephant suddenly appeared in front of his car. Rawat had to climb rocks to save his life.

Rawat was coming from Pauri to Kotdwar through Kotdwar-Dugadda road on Wednesday between 5 and 6 p.m, when the elephant suddenly came out of the forest and blocked his convoy. For some time, the former CM sat in his vehicle but when the elephant started coming towards his vehicle, all the people including the former CM had to leave their vehicle and climb the mountain. He somehow saved his life by climbing the hill.

The convoy of the former chief minister had to stay there for about half an hour. During this, there was also a traffic jam on the highway. The forest personnel who rushed there as soon as they got information, fired in the air and somehow drove the elephant out of the way. They heaved a sigh of relief after the former CM passed through the highway.

Dugadda Range Officer Pradeep Dobriyal said that as the area between Kotdwar and Dugadda falls in the Shivalik Elephant Corridor area, elephants often come there on the highway.