Washington :  The FBI was warned in September about a possible school shooting threat from a YouTube user with the same name as the heavily-armed 19-year-old student who killed 17 people in Florida state in the US.

Ben Bennight, the 36-year-old YouTube video blogger from Mississippi, noticed in September an alarming comment on a video he had posted. He immediately contacted the FBI, CNN reported.

“Im going to be a professional school shooter,” read the comment, left by a user with the name Nikolas Cruz — the same name of the shooter who opened fire at Marjory Stoneman Douglas High School in Parkland, Florida.

It was one of at least two alleged threat reports about the suspected shooter that the FBI received, CNN quoted a law enforcement official.

In both cases, the FBI did not share the information with local law enforcement, the official said.

Bennight emailed a screenshot of the comment to what he thought was an FBI tip line, but the email address was invalid.

Bennight said he followed up with a phone call to the FBI. The comment on YouTube has since been pulled down.

The video-logger said that FBI agents came to his office for an in-person interview. He told the agents that he did not know anything about the user.

Robert Lasky, the FBI special agent in charge of the Miami division, confirmed on Thursday that the bureau received a tip last year about the YouTube comment.

“No other information was included with that comment which would indicate a time, location or the true identity of the person who made the comment,” Lasky was quoted as saying.

“The FBI conducted database reviews, checks but was unable to further identify the person who actually made the comment.”

Earlier in the day, Senator Bill Nelson of Florida said after speaking to the FBI that the gunman had clearly prepared for the attack.

“The shooter wore a gas mask, had smoke grenades and he set off the fire alarm so the kids would come out of the classrooms,” said Nelson. 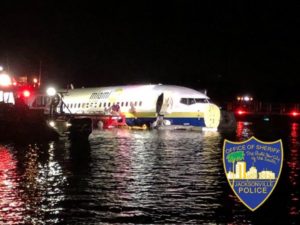 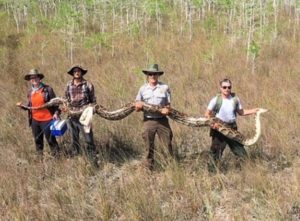