Tikamgarh (Madhya Pradesh), Jan 31 : A 45-year-old cash-strapped son of a farmer ended his life in this district in Madhya Pradesh’s Bundelkhand region, his family said on Wednesday.

Shreyansh committed suicide at his house in Garoli village on Tuesday by hanging himself, his father Matadeen Yadav said.

Inspector Chandan Singh Parihar, of the local Prithvipur police station, on Wednesday, told reporters that a case has been registered and the investigation is on.

The family was suffering from financial issue due to crop failure after which Shreyansh took up a job as a labourer, Yadav said.

He was not able to feed the family and was also worried about the marriage of his 18-year-old daughter, he added.

According to the family, Shreyansh was in depression for a long period due to the financial crisis. Police is considering this as a reason for suicide, they said.

In recent past also, a man committed suicide in the area due to lack of local employment opportunities and his family’s refusal to let him go to Delhi to find work. 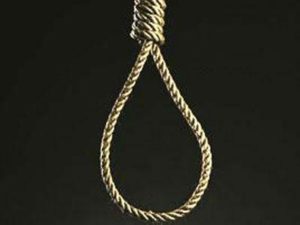