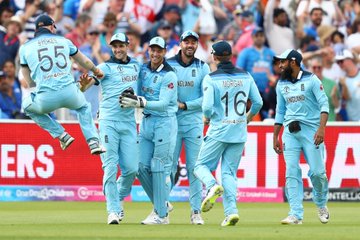 Birmingham: The stage was set for a vintage M.S. Dhoni finish as India needed 104 off the last 10 overs with the former India skipper just in and warming up at the Edgbaston Cricket Ground on Sunday. But his attempt to take the game deep saw India left with 57 needed off the last 18 balls. In the end, India finished on 306/5 as England registered a 31-run win, their first over India in 27 years in World Cups. The win saw England stay alive with a chance to qualify for the semi-final stages as Rohit Sharmas 102 went in vain.

Chasing 338 for a win was never going to be easy, especially when India lost opener K.L. Rahul for a duck with the score on 8. But with skipper Virat Kohli joining the in-form Rohit Sharma in the middle, it was all about buying time in the middle as they blunted the English attack with their perfect mix of caution and aggression. While they sent every bad ball to the boundary, they looked to pick the ones and twos when the England bowlers bowled a tight line.

India’s unbeaten run at #CWC19 comes to an end!

England win by 31 runs to move back into fourth and give their semi-final hopes a huge boost.

It all looked hunky dory as Kohli and Rohit cruised to their respective fifties – Kohli’s fifth in a row – till Liam Plunkett dismissed the India skipper against the run of play in the 29th over for a 76-ball 66. Pitching on the fifth stump, the bowler induced the wide drive and James Vince – substitute for Jason Roy — picked a diving catch. The 138-run partnership coming to an abrupt end.

With the score reading 146/2, Rishabh Pant walked in to join Rohit. While Pant looked anxious to start with, a lot of counselling from Rohit finally saw him settle down, but Rohit was the next one to throw his wicket away after doing all the hard work and reaching his 25th ODI hundred as he went for a wild hoick off Chris Woakes. The score read 198/3 with 140 needed off 13.5 overs.

Here’s how the #CWC19 table looks after today’s result 👀

Remarkably, none of India, New Zealand, England, Bangladesh, or Pakistan have qualified for the semi-finals, but all have their fate in their own hands!

Who do you think will end in the top four? pic.twitter.com/DM3sHRLoA3

Hardik Pandya joined Pant and the two did put on some display as they looked to take the attack to the English bowlers, but one shot too many finally saw Pant (32) perish as Woakes picked a blinder at the long leg boundary.

After that, it was on Dhoni and Pandya to see India home, but an attempt to hit Plunkett out of the park saw Pandya (45) dismissed in the 45th over with India still needing another 71 runs off 31 balls. Kedar Jadhav walked in to join Dhoni in the middle, but the England bowlers kept bowling a tight line as the duo failed to score at around 15 runs every over. While Dhoni finished with an unbeaten 31-ball 42, Kedar was unbeaten on 12 off 31 balls.

Earlier, it was all about being slow and steady as the English batsmen started cautiously and then launched into a late-innings flourish in their must-win game. Riding on the back of a brilliant 160-run opening stand between centurion Jonny Bairstow (111) and Jason Roy (66), England finished on 337/7 in their 50 overs.

Not to forget the brilliant 54-ball 79 from Ben Stokes at the end of the innings that stole all the limelight from a Mohammed Shami fifer, his maiden. In fact, Stokes ensured that Shami’s figures wore a sorry look as he took the attack to the pacer in his last two overs, hammering him to all parts of the ground.

With skipper Eoin Morgan winning the toss and deciding to bat first, Roy and Bairstow started cautiously with Shami bowling really well. At the end of the first powerplay, England’s score read 47/0 in 10. But that was part of the larger plan as the English batsmen made it clear that they played out the duo of Shami and Jasprit Bumrah before launching into the rest of the bowlers.

The smiles are back for #EoinMorgan!

On a ground which offered prodigious turn in the game between New Zealand and Pakistan, a change of wicket saw the Indian spinners negated with both returning expensive figures. While Kuldeep Yadav went for 72 from his 10, Yuzvendra Chahal was taken for 88 from his 10.

Roy’s return, even though he was seen limping in certain stages of his knock, saw Bairstow also gain in confidence as the two batsmen looked at ease against the Indian bowlers after playing out the initial burst from Shami and Bumrah.

Interestingly, Roy got a life on 21 when a fine flick off the gloves was caught down the leg by Dhoni, only for the umpire to call it a wide. Hardik Pandya was the unfortunate bowler as Dhoni didn’t want a DRS call on it. The life seemed to change the approach of the English batsmen as they started to take the attack to the bowlers.

After that it was a clear case of the England batsmen taking the Indian bowlers to the cleaners before Rahul’s injury turned to be a boon in disguise for the Indians. Coming in as a substitute, Ravindra Jadeja picked up a blinder at long-on to send Roy back as the score read 160/1 in the 23rd over. Rahul had landed on his back while attempting a catch at the boundary and didn’t return to field. But an external injury meant he could open the innings when India batted.

Bairstow though continued his onslaught with Joe Root for company before Kohli turned back to Shami in desperation. And the pacer answered his captain’s call as he sent back Bairstow, caught by Pant in the 32nd over. It was a clear case of a sudden failure to get the scoreboard moving after reaching his century. Having reached the three-figure mark off 90 balls, he ended on 111 off 109 balls.

The Indians did make a silent return into the game with Shami sending back Morgan (1) cheaply, but Root then consolidated with Ben Stokes as the two once again kept the scoreboard moving to ensure that the score read 245/3 after 40 overs with the last 10 up for another flourish.

While Shami did send back Root (44) – caught by Pandya – in the 45th over, Jos Buttler joined Stokes in the middle to ensure that the English innings finished on fifth gear. By the time Shami sent back Buttler for a 8-ball 20, the spark had already been ignited. Stokes too departed in the last over as he looked to paddle Bumrah to the fine-leg stand, but the damage had been done. 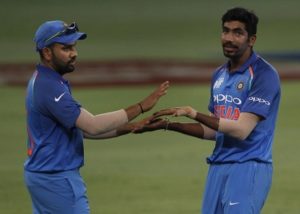 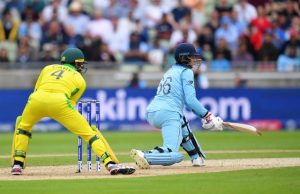 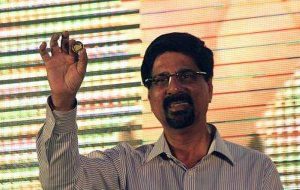