A senior ED official told IANS: “Aqeel has not appeared before the agency today. He is not complying with the agency’s order.”

Aqeel, who is married to Farah Ali Khan, the eldest daughter of Bollywood actor and director Sanjay Khan, did not appear before the agency last week.

The ED issued him fresh summons in the money laundering case.

According to ED officials, the actor and the DJ were asked to appear as the ED had evidence that the two were paid money by Sterling Biotech Ltd. (SBL) group in the past for performing in Gujarat.

The two were summoned under the Prevention of the Money Laundering Act.

Investigation by the ED revealed that the Sandesara brothers and others hatched a criminal conspiracy to cheat banks by manipulating figures in the balance sheets of their flagship companies to induce banks to sanction higher loans.

According to earlier ED statements, after obtaining loans, the accused diverted them to non-mandated purposes through a web of shell companies. Thus, the loan funds were diverted, layered and laundered by the promoters for personal purposes.

The ED has arrested four persons including a Delhi-based businessman-cum-middleman Gagan Dhawan, ex-director of Andhra Bank Anup Garg, Director of SBL R.B. Dixit and Ranjeet Malik, an aide to Dhawan.

Fugitive businessman Hitesh Narender Bhai Patel was detained in Albania on March 22 on the basis of a red corner notice (RCN) issued by Interpol on March 11 following an Indian request.

Patel is the brother-in-law of the Sandesara brothers.

The ED said the accused have incorporated more than 100 entities in various countries including the UAE, the US, the UK, British Virgin Islands, Mauritius, Barbados and Nigeria. 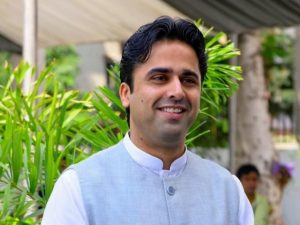