New Delhi, Jan 21 : Delhi Chief Minister Arvind Kejriwal on Sunday ordered a thorough probe into the Bawana plastic factory fire incident that claimed at least 17 lives and announced an ex-gratia of Rs 5 lakh to the next of the kin of the deceased.

As many as 17 people, including 10 women, were burnt alive or asphyxiated and 30 others injured at a fire in a plastic warehouse in west Delhi’s Bawana on Saturday evening, officials said.

“It is a very tragic incident. We have ordered a probe into the incident,” Kejriwal told reporters after meeting the injured people at a hospital here. He said the injured will get an ex-gratia of Rs 1 lakh.

The Chief Minister said the matter will be fully probed on how the licence was given, who gave the licence and how the incident happened.

Manoj Tiwari also announced compensation of Rs 50,000 to the victims of fire incident.

“Saddened at the loss of 17 lives in the Bawana cracker factory fire. My thoughts are with the families of the persons killed in the mishap,” Harsh Vardhan said in a tweet.

He also said that the government should “enforce strict safety regulations to such hazardous industries” to avoid at least future accidents.

“Seventeen bodies have been taken out from the warehouse. As many as 30 persons, including some women, have reportedly sustained burn injuries. Some others are still feared trapped inside,” a Delhi Fire Services officer said, adding that the condition of four persons is critical.

The officer said the fire in Bawana Industrial Area was reported to the control room around 6.20 p.m., following which 10 fire tenders were rushed to the spot. The fire was doused after three hours.

“Police as well as fire brigade and ambulances were rushed to F-83 in Sector 5 of Bawana Industrial Area. The cause of the fire is not yet known,” Deputy Commissioner of Police Rajneesh Gupta said.

He also said police would register a case.

The officer also said that it has apprehended Manoj Jain. According to police, the factory was downed by two persons, Jain and Lalit Goel.

“It is to be verified whether they are the owners or have taken the premises on rent,” Gupta said.

Gupta also said that as per an injured labour of the factory, packing was being done in the factory. “The crackers used to come from outside,” he said.

A man who jumped from the second floor of the building in a bid to save himself later succumbed to injuries at a hospital.

The victims were trapped in the basement, first and second floors when the fire spread from the basement to the floors above, the police officer said.

The bodies have been kept in mortuary for identification. The relatives of some of the deceased and the injured have been informed, he added. 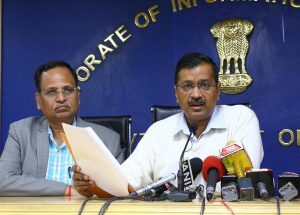 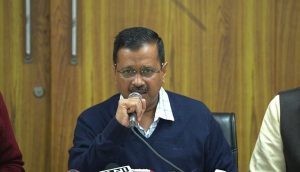