Taipei | US House Speaker Nancy Pelosi arrived in Taiwan on Tuesday, despite stern warnings from Beijing, making her the highest-level US official to visit the island in 25 years.

Pelosi’s US Air Force-operated Boeing C-40C landed at Taipei’s Songshan Airport on Tuesday, marking the start of the third — and the most controversial — leg of her five-country Asia tour, dpa news agency reported.

Pelosi and her delegation of Democratic party lawmakers were met by Taiwan Foreign Minister Joseph Wu and Sandra Oudkirk, the director of the American Institute in Taiwan, which serves as Washington’s de facto embassy.

The trip has drawn outrage from Beijing, which views the self-governing island as a breakaway territory that will one day be reunited with the mainland.

Pelosi is the third-highest ranking official in the US government, behind President Joe Biden and Vice President Kamala Harris.

For days, she had declined to confirm news reports that she would visit the island and Taiwan was not on her official itinerary.

People around the world monitored the progress of her flight on Tuesday, watching on flight tracking websites as her plane made its way from Kuala Lumpur toward Taipei, dpa news agency reported.

Our visit reiterates that America stands with Taiwan: a robust, vibrant democracy and our important partner in the Indo-Pacific. pic.twitter.com/2sSRJXN6ST

Chinese SU-35 fighter jets flew into the narrow Taiwan Strait, which separates the island from the mainland, shortly ahead of Pelosi’s arrival, Chinese state television reported.

Beijing had warned the United States that there would be a “very serious situation and consequences” if Pelosi visited.

Foreign Ministry spokesman Zhao Lijian told the press in Beijing on Monday that such a visit would be a “blatant interference in China’s internal affairs.”

“The Chinese side is comprehensively prepared for all eventualities.”

China’s leadership regards Taiwan as part of the People’s Republic and rejects official contacts between its diplomatic partners and the government in Taipei.

Taiwan, which has 23 million inhabitants, has long considered itself independent.

The Russian invasion of Ukraine has heightened fears that China could annex the democratic island republic by force. Tensions over Taiwan have not been as high since the 1990s.

Pelosi’s delegation is expected to stay overnight in Taipei City`s Grand Hyatt Hotel, where protestors from the far-right and pro-China Alliance to Promote Chinese Unification had gathered. They were countered by the Taiwan State-Building Party, whose members held placards proclaiming “Democracies Strong Together”.

Pelosi is expected to visit Taiwan’s Parliament on Wednesday and meet Yu Shyi-kun, the legislature’s leader, before holding talks with President Tsai Ing-wen.

Also on her schedule are meetings with Chinese, Hong Kong and Taiwanese human rights activists. She is expected to depart for Seoul, South Korea, on Wednesday evening. 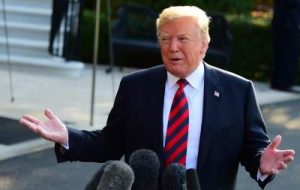 VIRAL VIDEO: UP woman throws child in front of tractor

After death threats, Salman Khan gets a gun license