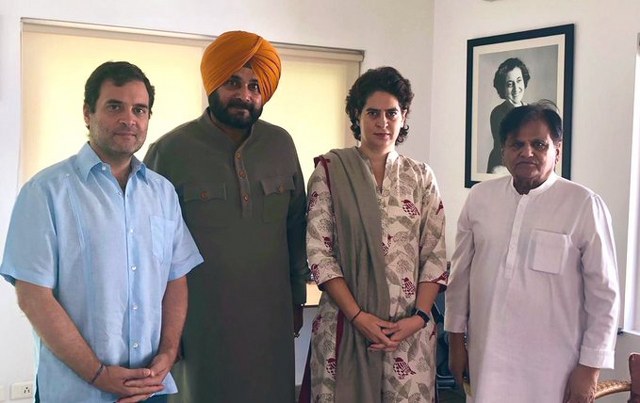 New Delhi:  Punjab Cabinet Minister Navjot Singh Sidhu, who is at loggerheads with Chief Minister Amarinder Singh and was allocated a new portfolio last week, met party President Rahul Gandhi here. He is yet to assume at the new ministry.

“Met the Congress President, handed him my letter, appraised him of the situation!” Sidhu tweeted on Monday.

Along with the tweet, he posted a picture in which he was standing alongside Gandhi and party leaders Priyanka Vadra Gandhi and Ahmed Patel.

The rift between the Chief Minister and Sidhu came to the fore once again with Amarinder Singh preferring to keep Sidhu out of crucial consultative groups that were announced on Saturday to review progress and make changes, if needed, in the government’s flagship programmes and schemes.

Sidhu had been camping in the national capital since Friday to have an audience with the party’s top leadership.

Hours after the first state Cabinet meeting following the Lok Sabha election, the Chief Minister on June 6 had reshuffled the portfolios of most of the ministers, including Sidhu.

Barring four, there were some changes in the portfolios of all the ministers as a result of the reallocation, which the Chief Minister said would help further streamline the governing system and processes and bring more transparency and efficacy to various departments.

The Local Government portfolio was earlier with Sidhu who now has Power and New and Renewable Energy Sources. His other portfolio of Tourism and Cultural Affairs was also taken over by the Chief Minister.

Most of the ministers, except Sidhu, have assumed their new offices, a senior government functionary told IANS. 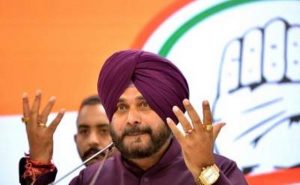 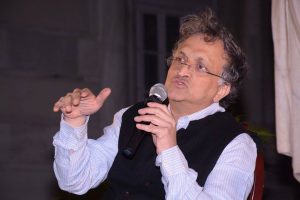 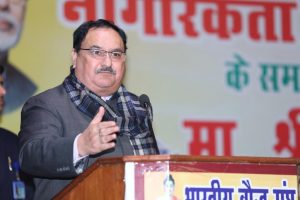