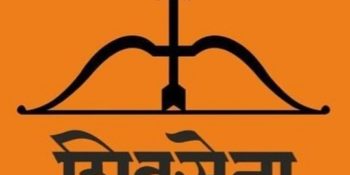 Mumbai: The Shiv Sena on Saturday cautioned its former ally Bharatiya Janata Party against taking its defeat in Maharashtra to heart, or it would lose mental balance and slide to ‘insanity’.

The Sena said that with efforts currently underway in Maharashtra to form a stable government minus the single-largest party BJP, it (BJP) is raving and ranting against the second-largest party (Sena’s) upcoming alliance with the Nationalist Congress Party and Congress, the third and fourth-largest party respectively.

“The BJP is now confidently claiming that despite having 105 MLAs, it will form the next government. It is also predicting that even if any other government comes to power, it would not last too long, or beyond six months,” the Sena said in sharp edits in the party mouthpieces ‘Saamana’ and ‘Dopahar Ka Saamana’ on Saturday.

Ridiculing the BJP, the Sena pointed out that “the tall claim is coming from the very same party which had gone to the Governor (B.S. Koshyari) and expressed inability to form the government”.

This is despite the BJP President and Union Home Minister Amit Shah’s assertion two days ago that the party which can prove support of 145 MLAs will be the claimant and that would be a Constitutional government, but the Maharashtra BJP leaders seem to have discarded it.

“Now, Fadnavis is telling his legislators to remain ‘bindaas’ (carefree) as they would form the government… Under the cover of President’s Rule, attempts are being made at ‘horse-trading’,” the Sena edit said.

Reminding the BJP and Fadnavis that “nobody is born to rule or become the CM or is invincible”, the Sena said that while Lord Ram had to leave his kingdom, the conquerors of the world like Alexander and Napoleon also came and went, and Aurangzeb also was finally buried.

Urging the BJP not to scream that “it will form the government”, the Sena warned that it would lose its mental stability and it would not augur well for the state if the number of amad people’ goes up.

“Better accept the reality that nobody is invincible… The saffron flag of truth will flutter again in Maharashtra,” the Sena said.

The Sena edit came against the backdrop of the BJP’s consistent claims since the past 23 days that it will return to power with Fadnavis as the CM, though it has not disclosed from where it will get the numbers to achieve the magic figure of 145 (simple majority) in the 288-member assembly.

The crestfallen BJP has adopted a ‘wait-and-watch’ policy as the Sena broke off its alliance earlier this week and is now engaged with the NCP-Congress to form the next government in the state which is currently under central rule.