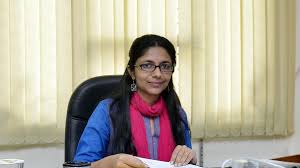 New Delhi, Jan 31 : To condemn the brutal rape of an eight-month-old girl in the national capital on Sunday, Delhi Commission of Women (DCW) Chairperson Swati Maliwal on Wednesday announced a Satyagraha and demanded certain changes in the system to redress the situation.

As a mark of protest, Maliwal said, she won’t go back home for 30 days and that she along with DCW members will work day and night.

Maliwal said in case the system fails to move even then, the DCW will launch a massive agitation in the capital.

“I request the Prime Minister (Narendra Modi) to immediately pay attention to the plight of these little girls. Considering the special status of Delhi and having approached all authorities earlier on with no results, I feel nothing will move until the PM pays personal attention in the matter. The eight-month-old child that was raped is the baby of the country. She has not been raped but the Commission, whose repeated recommendations are being ignored.”

She warned: “We are giving 30 days to the central and the state governments to get their act together on the issue of women safety in the capital. We will be doing Satyagraha, not going back home, and working round the clock, to shake a sleeping system,” Maliwal told the media here.

The DCW has decided to list out its demands — strong laws to ensure death penalty to rapists of children within six months and trials on daily basis; final decision on setting up additional fast-track courts; concrete decisions on proposals of Delhi Police for 66,000 additional personnel and creation of another 14,000 posts approved by the Ministry of Home Affairs; creation of proper software for police accountability; resolution of all pending samples of Forensic Science Laboratory; and revamp of the Prosecution Department.

Expressing concern about the plight of the child, sexualy assault on whom shocked the people, the Supreme Court on Wednesday said she should be moved to the All India Institute of Medical Sciences, if required.

The court also agreed to hear a petition that calls for better medical care for her and a Rs 10 lakh compensation for the family. 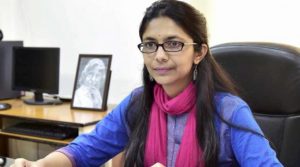